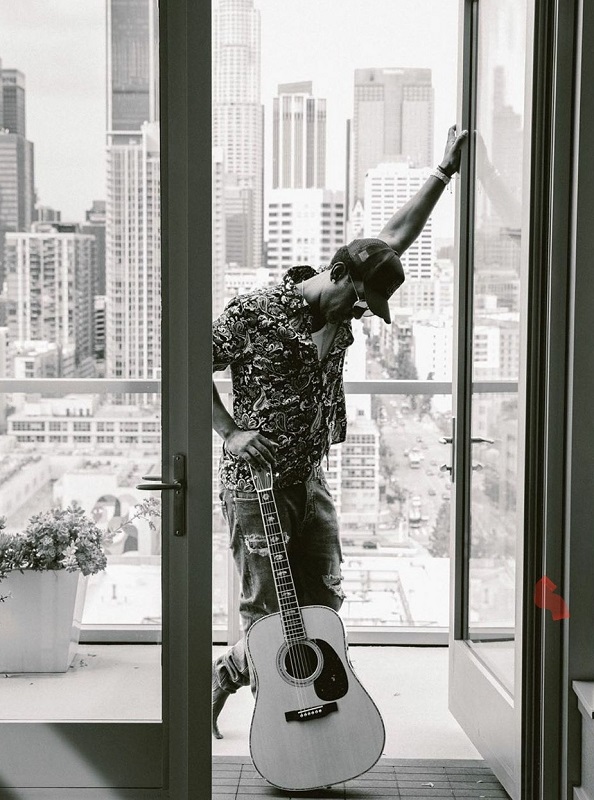 We caught up with legendary Boyz II Men member Shawn Stockman for an interview on Instagram Live recently. During our talk, we discuss his debut solo album “Foreword”, the long wait for this project, balancing solo work and group work, Boyz II Men’s cover of New Edition’s “Can You Stand the Rain”, & More.

YouKnowIGotSoul: We have been for many years for this solo album from you! Talk about why now was the right time.

Shawn Stockman: I’m a believer that we never really understand why things take the path that they take. You just sometimes have to go with it. Honestly, I’m glad that it took this moment. This was the perfect moment. As daunting as these times are, with this Coronavirus thing, and the fact that people have to stay home and we’re not able to roll out and do the things we are normally doing. The cool thing about this on the other hand is that people are able to sit and chill for a second and discover things that they might not have before. So, this is good. It’s to my advantage to be honest. People are able to take the time to discover music and other artists as well. I created this album not necessarily with the intent of people staying home for a pandemic! *Laughs* But it’s the type of music you can play in the homes all over the world to relax and chill and cook food and be with your family. Circumstances like this bring out the best in people. It allows a different perspective to look at life to appreciate things you already had around you. With that, my music will hopefully create a perfect backdrop for what everybody is going through. I know everybody is going stir crazy. It allows you to connect with yourself and other people and your family and friends. It also creates the truth. It develops a real relationship with the people who you might consider friends but now you see who they are. You start to see the real ones in certain senses like this. That comes from a creative standpoint as well. You only listen to music now that matters to you. *Laughs* Not saying that the club music wasn’t useful, but they, you are not in the club now! Now you are home, so you have to listen to music that translates to your environment. My album hopefully will help with that.

YouKnowIGotSoul: We’ve got to give you props for balancing touring with Boyz II Men while at the same time managing your solo career. What was the balance like?

Shawn Stockman: It was tough. Not to mention that I had kids to take to school the next day, and all this other stuff. I tried to make it as pragmatic as possible. I chose a studio to record in that is literally 3 exits from my house. After I would do homework with the kids, do certain things around the house, I would pick up my guitars and go. Then I’d go to the studio, record the records, sometimes I’d have an idea and sometimes I wouldn’t. The studio is my home and I love creating. Sometimes I create out of thin air. There are times when I did have certain ideas and other times I wouldn’t. I walked into the studio with no intention of creating whatever, and that was the discovery and beauty of the studio. You hit a chord that you like. That’s really what I did. Now that I play guitar, it’s even made that experience richer. Now I can embellish a bit. Not just the keys and drums, I can add a guitar solo and create songs from that standpoint. It was daunting but also so fun. I love challenges and pushing myself. I like putting myself in situations that might be a little uncomfortable. It makes me dig deep.

YouKnowIGotSoul: We heard you on guitar on Tank’s last album “Elevation”, and you’ve collaborated with him a few times. Talk about working with him.

Shawn Stockman: That’s the homie. He’s crazy! *Laughs* It was great. I’ve always been a fan of his and his music. Always wanted to do something with him in some way, shape or form. I’ve been able to do it twice. In this case on the last album with “This”, that was another organic vibe. He let me know what the song was about and who it was going to feature. He literally just left the studio and just told me to do me. I did my harmony parts and stuff like that. A lot of people were expecting a lyrical feature, but a lot of times, that’s not necessary. Sometimes you just want to add an element to it. That’s good enough. In this case, it wasn’t necessary for me to do anything else but that. That part right there was such a musically intricate part because the guitars would just go to different chords. There had to be some sort of glue while the poetry was going on. I added my element to it and happy Tank thought enough about me to add that. Shout out to Tank.

YouKnowIGotSoul: On the solo album “Foreword”, you kept a lot of the songs you had on your EP which came out almost a year ago. What made you decide to do this?

Shawn Stockman: Yes, it’s not rocket science and I understand the climate of the industry. I understand that people have short attention spans. What they might have heard before, they might have forgotten right after that. Not to mention, just the idea of me coming out as a solo artist. It could be hard for some to wrap their head around. I didn’t want to give people too much content at first. I’m not known for that except being part of Boyz II Men. I didn’t want this to be a hard sell. I wanted people to understand what this was. This is important. In order for you to understand what I hope to do in the future, you need to understand this first. This isn’t just music, and not just about the music, but about the journey. I needed everybody to digest what’s going on with me creatively from this standpoint. I feel like the music will speak for itself in a sense where it’s not just seasonal. Hopefully these are songs that people will appreciate years down the line. That’s always my intention as a writer. I never write for the time. I try to write something that could potentially mature and could sound just as good 20 years from now as it does now. That’s why I didn’t want to fill people with too much content.

YouKnowIGotSoul: We’ve got to say with the single “All I Do”. The way you put it together melodically with Tim Kelley on production, that record right there is amazing from a creative standpoint. It reminded us of what you used to do with Boyz II Men. From a creative standpoint, is it hard not to think of the other members of the group when making a record?

Shawn Stockman: This was another great thing about this record as well. There are a lot of misinterpretations of who Boyz II Men is. A lot of people think from a mainstream standpoint, that Babyface and Jimmy Jam and Terry Lewis wrote all of the songs. Absolutely they wrote all of the big records, but 85% of the other stuff was us. This gave me an opportunity to write the songs that I always wanted to as an individual. Most of the sound that people love from Boyz II Men, part of it was me. I wrote a lot of the songs. I co-wrote the very first single “Motown Philly” but a lot of people don’t know that. There will always be nuances of the group because I am part of the group. The sound wouldn’t be the sound without me, Wanya, Nate and Mike. We are the sound. We were very instrumental in creating the sound. With “All I Do”, I look at it as if I wrote it for Boyz II Men, this is how I would deliver it to them. Then obviously Wanya and Nate would take it to another stage and make it a Boyz II Men record. Because it was just me, it’s a Shawn record. The songs I’ve written on this album, Boyz II Men could do all of them. I’m partially the sound of the group. You’ll always hear an inflection that you could probably hear on a Boyz II Men album. That’s just natural.

YouKnowIGotSoul: Do you have plans for more Shawn Stockman solo projects after this?

Shawn Stockman: That’s why the album is called “Foreword”. It’s a pre-amble to a book being written. There will be more material. Hopefully sooner than later. You’ll see, but I want people to digest this first and understand where I’m coming from with this first. It’s not a one off because of any superficial reason. This is something I’ve always wanted to do and will continue to do. As far as Boyz II Men, we have talked about it. People are home and chillin, why not all of us create something for people to chill and vibe to. We’re talking about it but I don’t want to promise anything.

YouKnowIGotSoul: Can you revisit the creative process behind the Boyz II Men cover of New Edition’s “Can You Stand the Rain”.

Shawn Stockman: That song has some history not just for New Edition but for us too. That’s the song we actually sang to Michael Bivens in Philadelphia when we first met him. We knew we were going to cover that on an album some day. The version you hear on the album is the very version that we sang to Michael. That song practically changed our lives in more ways than one. That “N.E. Heartbreak” album was one of the very first albums I bought in my life. That song was one of the reasons. I was in my room in Philly when I heard it. New Edition is the quintessential R&B group. There would be no Boyz II Men without them. I’ll always give them that. They will always be a part of our DNA.