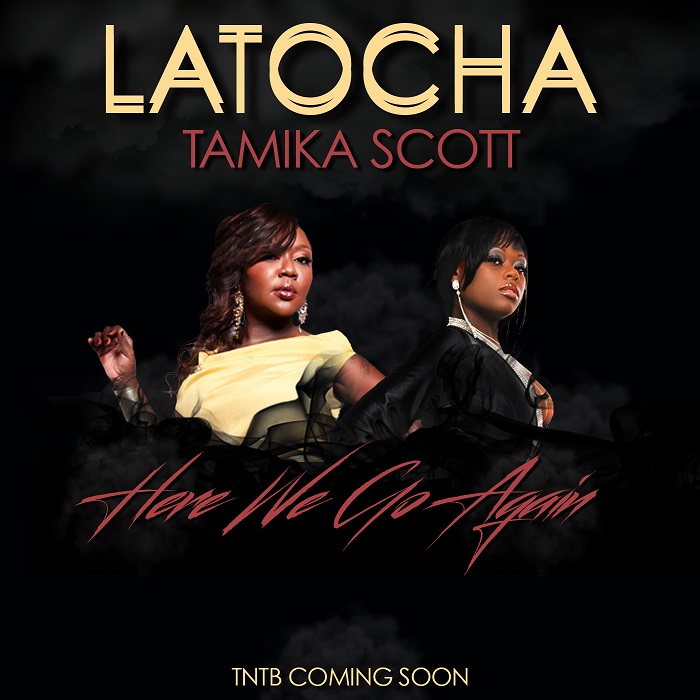 LaTocha Scott of the rnb group Xscape has been rolling out her “TochMobThursday” series giving us a new song each week, and the latest offering is the duet “Here We Go Again” with her sister Tamika. The sisters show off their beautiful vocals as they go back and forth on the track, testifying to the ups and downs experienced in relationships.

Following the disbanding of the Jermaine Dupri formed group Xscape, LaTocha has been pursuing a music career as a solo artist, and appeared on Season 2 of R&B Divas. She’s currently working on a new solo album called “TNTB” which should see a release in the coming year.