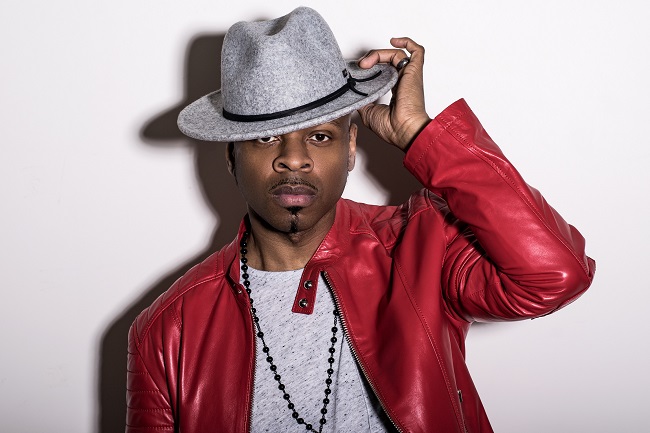 For years now, r&b lovers have been essentially begging for a solo album from Mint Condition lead singer Stokley Williams. Long considered one of the elite vocalists of his generation, fans have longed to see him spread his wings and work with outside collaborators. That wish will soon come true following last month’s announcement that Stokley has a solo album set to release this Summer. Now over three decades since the group first formed, there’s no doubt that the “Introducing Stokley…” album will be worth the wait. YouKnowIGotSoul had a chance to interview Stokley and discussed what made now the right time for the release, encouragement he’s received from the group, how his sound will differ, his work on Wale’s last two albums, and much more.

YouKnowIGotSoul: We’re all really excited about the announcement of your solo album. Many r&b fans have been waiting many years for something like this. It’s a big moment in r&b music. What made now the time to do this album.

Stokley: It was just a natural progression. The thirst kept growing for me and the culmination of everything I’ve done, this is the perfect time. People have asked for many years when I was going to do something. I think it’s the perfect time to branch out and spread my wings a bit while I still have the energy. It just feels like great timing.

YouKnowIGotSoul: Tell us what the creation of the project has been like, especially not having the band behind you and working with outside producers instead.

Stokley: I’ve always been active before Mint Condition started, and this whole time while we’ve been doing what we do. So that’s really never ended for me. I’ve done performances and live recordings. Whether it be background vocals or my voice on a track singing lead or drums or any of that kind of stuff. The collaborative process has been ongoing my whole career. The difference is me doing something of a full project for myself. That has been very liberating in some ways. It’s just a different time right now for me. It’s just been great being able to work with different artists, producers and songwriters. For me, I just got to a point where I know what my own voice sounds like, sometimes I get tired of that. I invited other energies into the room to collaborate on things we saw eye to eye on. I just wanted to see who saw the world the same way that I do. It’s been kind of a process of meeting people and sitting down with them and seeing if we’re on the same frequency and then I press go from there.

YouKnowIGotSoul: The album is called “Introducing Stokley…” Talk to us about sonicly what we can expect on there and compare it to the sound of a Mint Condition album.

Stokley: The easiest way I can explain it is with the group you have to leave room for a democracy. The difference with that, you give pieces of yourself. Each of us gave pieces of ourselves to create this one great entity. With a solo venture, you’re just able to put more of yourself in that. It’s one project, and it’s all of my sensibilities that I love; old and new, analog and digital, mashed up together. Me seeing a view from the back as a drummer, as well as the front being a singer and everything in between. I had a unique perspective of doing both this whole time. All the things that I love and different genres, I’m kind of a genre bender, because I love all types of different music. I love all of that stuff so nothing is really out of my reach as far as being authentic to that style. It’s organic for me. You can say that Mint Condition is pretty much about that too. In a way it’s an extension of that. It’s deeper and broader for me and I can dive into more of the things that I really love. In Mint Condition, each of the members have their own thing where we like the same things and then there’s some things that are different, which makes us independent. The rest of it, I guess you just have to experience.

YouKnowIGotSoul: We heard some of the genre bending you’re speaking of on the first single “Level”. Talk about what inspired that song?

Stokley: That song was first written as a duet actually. The person I did the duet with had the same release date, so I had to take her off, because the label didn’t want her competing against herself. I wanted something that represented just talking about someone who sees the world the same way you do. The older you get, the harder it is to find somebody that sees that.

YouKnowIGotSoul: Who is the artist that you referenced it was a duet with?

Stokley: Ledisi actually. She’s actually on the background vocals, and her version is crazy. One of my favorite vocalists. I had a great time recording that with her. It was just amazing.

YouKnowIGotSoul: Talk about the support and backing you’ve had from the rest of your group as you’ve gone on this solo endeavor.

Stokley: I think the support is always constant with all of us trying to develop. That’s been since day one. I can even reference back to high school and me singing, I was kind of scared to do it. There was a studio inside the high school and I’d make these songs up. Homer O’Dell, the guitar player for Mint Condition, told me he had never heard anything that sounded like this. He encouraged me to sing more since day one. He’s always been a big champion. The same for me, he played a little guitar, and I told him to continue to do it, and we just made a band. All of us, we’ve become better songwriters as we’ve went on in this whole industry. That’s with the help of mentors like Jimmy Jam and Terry Lewis and Prince. We champion each other in these endeavors we’re doing. I just happen to be the first one out doing what I’m doing. The lead singers always get a lot of attention, but I can’t wait for the public to see what everybody else has to offer. If they choose to do music or whatever else they’re working on. I’ll let them speak it on themselves when they feel like it. It’s a lot of talent and a lot of greatness inside of Mint Condition. I just happen to be the first out of the box and here you are talking to me. We’ve got to a point where we’ve been doing this for so long. In in the industry, almost thirty years is like three lifetimes in industry years.

YouKnowIGotSoul: It might have just been wishful thinking by the fans, but I’ve felt like we’ve always heard that a Stokley solo album might come out over the years. Has there ever been a point where you were close to doing a solo album before?

Stokley: People have tried. Every label we’ve been with pretty much has asked. It’s cost efficient and I get it, it looks very attractive and convenient. I just think a band like us has been such a necessary presence. I think the industry needed a balance like us. I’ve enjoyed our whole journey. I can’t imagine doing it with anybody else. We have our own island so to speak. No one sounds or looks like us. The time we came out, we really went against the grain. I’ve always felt like we’ve had something to say, and it’s been that way for a long time. We’ve been real comfortable there.

YouKnowIGotSoul: We were so excited to see you tapped by Wale to work on his past two albums. What was that experience like?

Stokley: I think people that resonate on the same frequencies, eventually it’s going to come together. I think how I resonated with him is through the group. We’re very popular in the DC area, and he’s a DC baby. He comes from real music; musical instruments, drums, bass, horns. He recognizes that in us and what I bring on top of it as far as the vocal ability. I think it hits people in a certain way. I think maybe when it was time, he reached out, and I love what he does. He’s a true poet. For what he does, he’s different than a lot of rappers you hear out there. He’s a real sensitive cat who’s a critical thinker. Just the way he puts this thoughts together, it sometimes goes over people’s heads, but he’s got to keep pushing it like that and he’ll get it. It feels great. He’s on a track on this new album I’ve got.

YouKnowIGotSoul: As r&b music in the younger generation has moved away from vocal talent, r&b fans constantly look to the older generation and debate the top vocalists. Your name constantly comes up in those conversations. How do you view yourself in that perspective?

Stokley: I think anybody that gets in the industry says they’re as good as the next person or better. My thing is I’ve worked at my skill early enough in my career before I could even call it a career. You just get to a certain point where you want to show what it is you’ve got and want to share it with people. You hope people see the world the same way that you do. That’s all I can really say about it. It’s just you do what you do and just pray that people like what you’re doing or somebody out there. I don’t care how many folks it is. That’s the best any artist can hope for. I’m excited for people to hear this new album and see how they feel about it. Love it, hate it. As long as you feel something, I’m hoping people feel good about it.