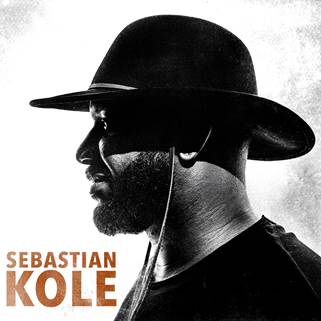 Singer Sebastian Kole’s self-titled debut EP is out now. He released by EP Entertainment/Motown Records, and it features five songs written, performed and produced by Kole himself, including three that have been featured in recent episodes of “Grey’s Anatomy”.

The singer also co-wrote and co-produced most of the songs on Alessia Cara’s “Four Pink Walls” EP and her debut album, “Know-It-All”. That includes the massive hit “Here”.

Born in Birmingham, AL, Kole began playing music in church, where he was given the freedom to fuse songs he heard on the radio with traditional hymns during services. In addition to honing his vocal ability, he learned to play piano, guitar, drums and tuba. His first big break came when Jennifer Lopez recorded “Goin’ In,” a track that he co-wrote.

The honest emotion of his songs combined with Kole’s rich, soulful voice create a sound that is uniquely his own. He calls it “Southern Urban Pop” a.k.a. “SOUP for the soul” and it’s a timeless sound. Vulture.com praised “Love’s on the Way” as “a roaring soul-pop tribute, calling out the everyday violence experienced by people near and far…it’s glorious and sad and something that needs listening to.” In addition to penning songs for himself, Kole is currently writing for Maroon 5, Demi Lovato and Brandy.