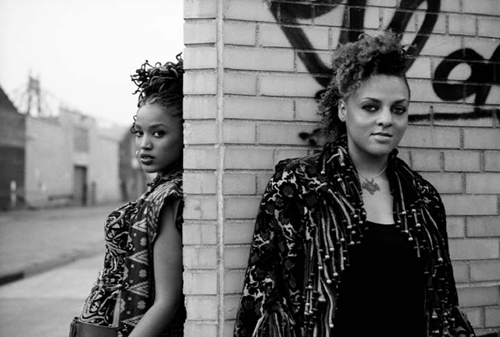 The r&b surprises continue to come. First Jodeci came back together, then D’Angelo released an album after 14 years, and now Floetry have reunited. Marsha Ambrosius shocked the audience tonight at her show in London at the Clapham Grand by bringing her former group member Natalie on stage. According to fans in attendance, Marsha was closing out her set with the Floetry song “Floetic” and Natalie made her way onto the stage to perform it with her. After completing the song, the duo shared a long embrace on stage which brought a great reaction from the crowd, as you can see in the video above.

Floetry have not released any material together since 2005’s “Flo’Ology” album and hadn’t performed together in nearly 8 years. In the time since their final album, both have gone of to have success as solo artists in their own right. No clues as to whether or not the reunion will lead to new music, but this is a positive step in the right direction!