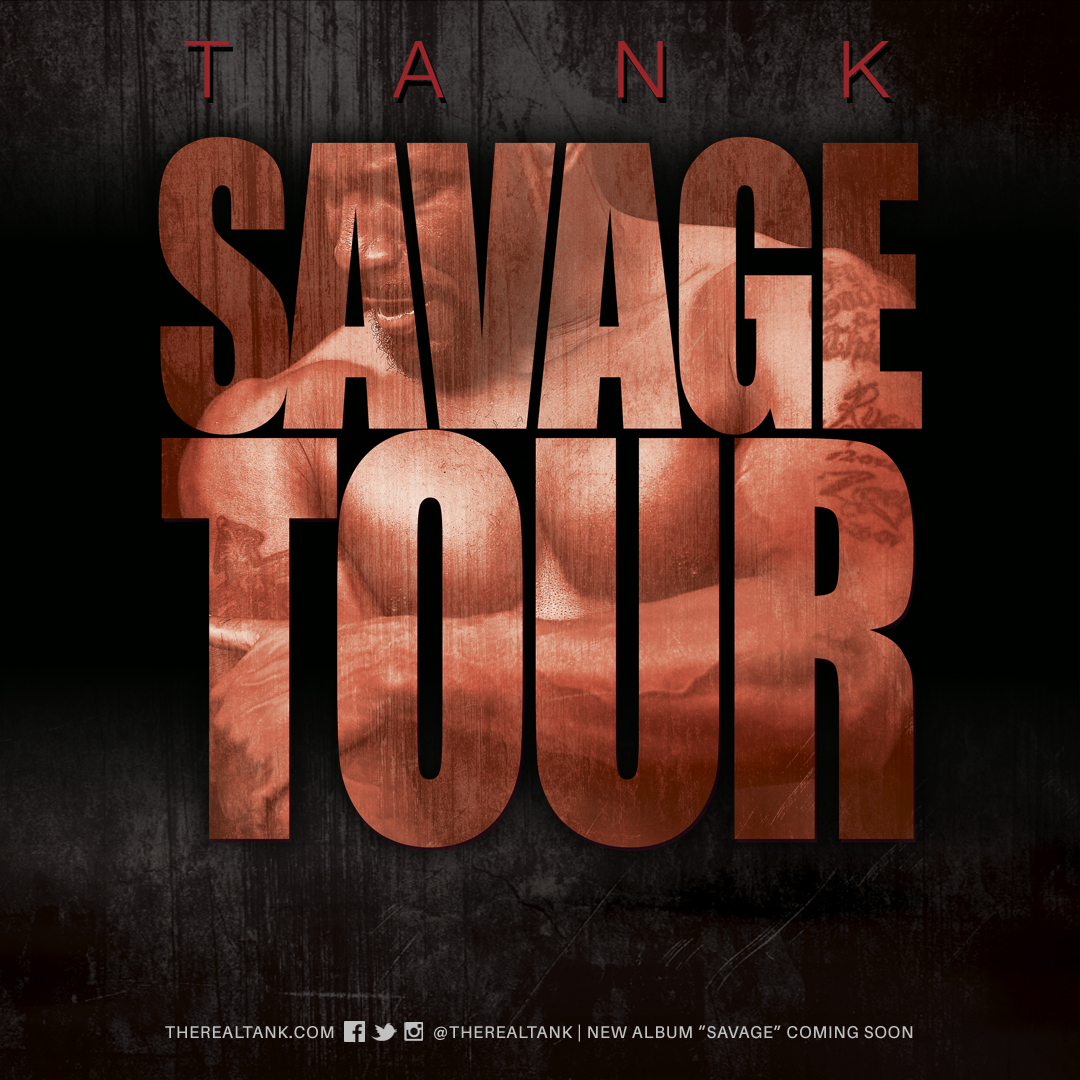 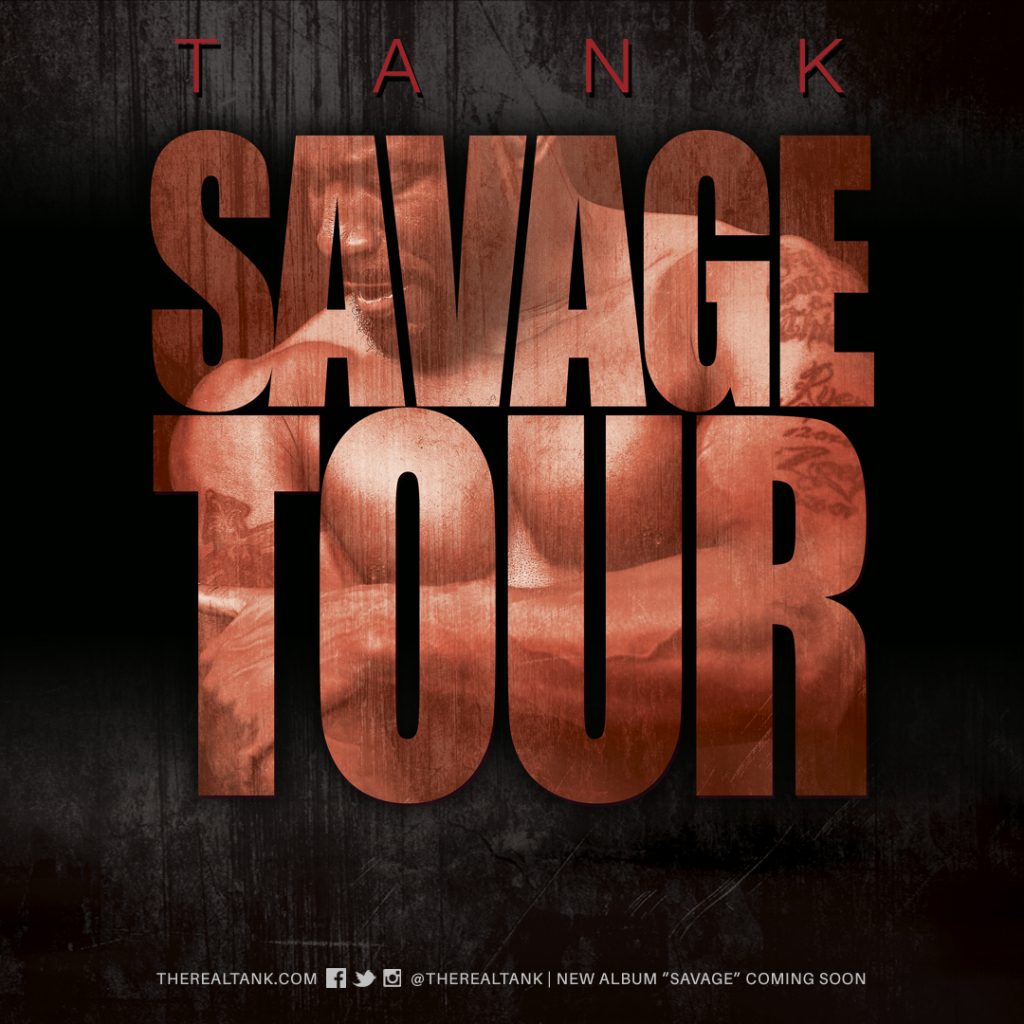 R&B Money/Atlantic Records recording artist and multi-Grammy nominated R&B star Tank is excited to announce that he is embarking on a 14 city “SAVAGE Tour,” in support of his new album. The tour kicks off on September 5 at the City Winery in Nashville and culminating on September 27 in Pittsburgh at the Rex Theater. The tour will be stopping in New York, Boston, Little Rock, Memphis among others, where he will perform fan favorites like hits like “Please Don’t Go,” “I Can’t Make You Love Me,” “You Don’t Know,” and “Maybe I Deserve” as well as new songs off the album. Tickets for the tour can be purchased via Tank’s website starting July 14. For early presale access starting July 12, fans can sign up for Tank’s newsletter on his site.

Tank will be releasing his eighth studio album SAVAGE this fall. The 11-track LP features appearances by Candice Boyd, J. Valentine, Ludacris, and labelmate Trey Songz as well as production from Da Internz, Harmony Samuels, and Cardiak. The lead single “When We” is a sensual “how to” that will lead listeners to a night of high powered unadulterated passion. “When We” is also the #1 Most Added song on the UAC charts playing in various cities including Los Angeles, Chicago, Grand Rapids, Little Rock as well as SiriusXM. The album will be sold via all digital retailers as well as in stores.