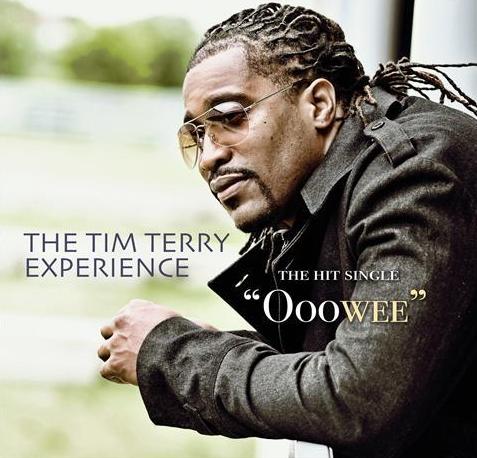 Debut video off of ‘Born II Live’, “OooWee” captures a sense of “Old School” love. It’s reminiscent of times when couples kept love simple, yet fun. The man (Tim Terry) portrays someone who desires the sense of Love and happiness in a relationship from a dream. The lady (Cassandra McLeod) represents the fantasy of Tim. The video is light and playful, with a tease of seduction.

The total shoot took about 8 hours, and was filmed on location at Tim’s house..The video was directed by Isaiah Conyers, who is an upcoming film director in the city of Memphis.

If Soul is dead, then the solution is Tim Terry. A native of Memphis, Tennessee, whose musical influences were Rhythm and Blues’ disciples of Soul, Donny Hathaway, Marvin Gaye, Willie Hutch, Al Green and Isaac Hayes. Their spirits led a young Tim Terry into the river’s bank to be baptized in funk and chosen to spread the gospel of soul revival. In an industry where talent is not appreciated or respected, Tim Terry is determined to bring the honesty and purity of music back from the dead. “Music can be political and moving without celebrating hate.” His music transcends musical boundaries and ethic regions and does not forget to honor love.

When you think about the evolution of Memphis’s soulful sound, think of The Tim Terry Experience. An astounding singer, songwriter and producer, Tim Terry tiptoes the fine line of preserving tradition and enhancing it to reach far into the future. With the newly-released sophomore album, “Born II Live,” Terry harkens the funk of bands like the BarKays, the blues of Beale Street and the soul of the city.

After having his 2005 debut album, “The Tim Terry Experience” reach No. 2 on the Soul charts in the UK, Terry is poised for worldwide recognition. The rhythm & soul album is overflowing with authentic life lessons, wrapped in a soulfully funky and romantic package sure to make you move and groove with a purpose.

Co-produced by Terry and Jonathan Richmond (Angie Stone, Lalah Hathaway), Terry meticulously wrote and arranged every song on Born II Live. Terry states that the album’s sound is “stripped down to its bare essence” so fans can focus more on the message each song conveys. More than just music, Terry takes you on a journey with words and sound, with layers of instrumentation and vocal harmonies, leveled by his signature voice – an undeniable combination known as The Tim Terry Experience.