TLC Set to Headline “I Love the 90’s: The Party Continues” Tour 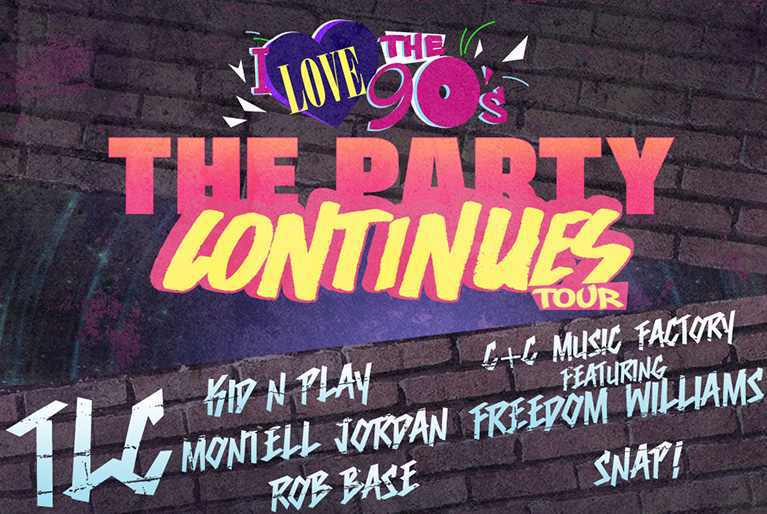 Just a couple of weeks back on one of our most recent podcasts, we had asked the question as to why the legendary TLC didn’t tour more often. Little did we know, they already had something in the works!

It’s just been announced that TLC will be headlining the upcoming “I Love the 90’s: The Party Continues” Tour which will kick off this Summer. They will be joined on the road by Naughty By Nature, Biz Markie, Montell Jordan, Sugar Ray’s Mark McGrath, Snap!, and C+C Music Factory with Freedom Williams. This is the second edition of the tour, which took place last year.

The upcoming performances come just in time for the release of their new Kickstarter funded album. The group recently announced that the project was near completion and would release in the coming months.

“I Love the ’90s: The Party Continues” Tour Dates