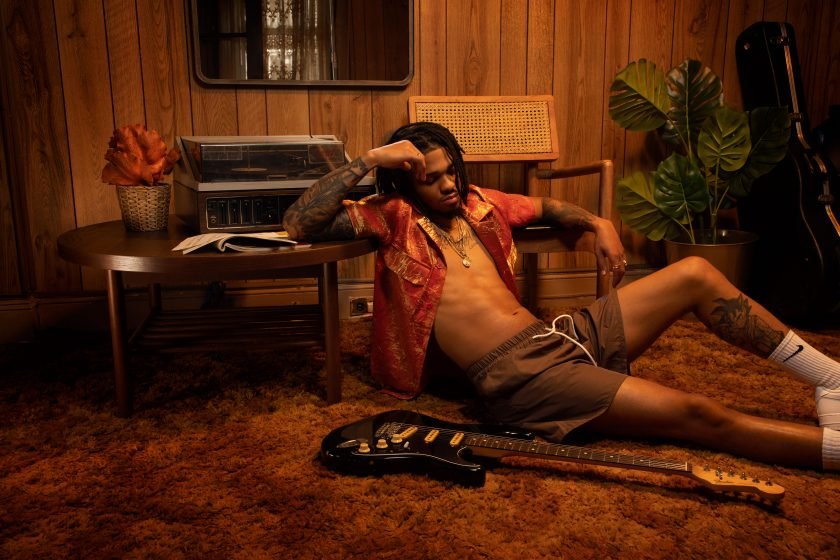 We recently had a chance to catch up with Tone Stith for an interview. During our conversation, we touched on his plans for the coming year, the success he’s been celebrating lately, upcoming new music and touring, looking back at his latest two EP’s “FWM” and “Still FWM”, working with Chris Brown and H.E.R., and much more.

YouKnowIGotSoul: Talk about your plans for the coming year

Tone Stith: 2022 is already starting off crazy. Artist of the month, nominated for an IHeart Radio Award which is crazy, never thought. The BET Soul Train Awards was amazing. I always pictured myself being on that stage. It’s a blessing man. 2022 I feel really good about it. I think my team feels really good about it. This is the year that Tone Stith transitions into that name, that mainstream guy.

YouKnowIGotSoul: Talk about plans for new music this year.

Tone Stith: I’ve been working on a ton of new things. I have a project specifically I’ve been working on, another EP. I’m definitely working on the album, it’s in the works, I know everybody has been asking since 2017. There is an EP coming up that I’m super excited about, I don’t want to drop any names yet, but I am super excited. I think the lane is me but older. I’m 26 now. Just really getting into that musical bag where my background stems from. I think it’s going to be great bro.

YouKnowIGotSoul: Any plans for touring this year?

Tone Stith: It’s not announced, but I may be going overseas, I can’t say who with yet. Maybe in the Summer, and then maybe going on tour with another big name in the Fall. I will announce when it’s finalized. Summer and Fall is looking like Tone will be pretty booked up the rest of the year. Let’s just say that.

YouKnowIGotSoul: Now that you’ve been nominated for a Soul Train Award, what are your next goals to surpass that?

Tone Stith: The next goal is actually winning an award on any stage. Really having that Grammy nomination to me, is now we are pushing the bar, and you have that true respect. Even if you don’t win. Being Grammy nominated is the standard that we want. As far as awards go, that’s the next one I’m very focused on making sure I’m in that batch.

YouKnowIGotSoul: Let’s discuss the last two projects you dropped, “FWM” and “Still FWM”. What’s the message you wanted to get across with both?

Tone Stith: I’ll start with “FWM”. It is like my reintroduction to dropping music. Before that, the last project that I dropped was in 2018, “Good Company”. So it was a good three years of not dropping a body of work. So the focus with that project was being gone for three years and having a body of work for my fans that love me and know me, here is some music. Also for the people that don’t know me, here is something you want to be a part of before it blows up. That was the statement for “FWM”. Now “Still FWM”, we had already caught people’s attention, and we wanted to see if people were still along for the ride. We were still just getting started. It was the level up from “FWM”. I know that project is still reaching new consumers and I’m excited because the response has been really organic. As times moves on, I’m very curious to see what songs from both of those projects really take off.

YouKnowIGotSoul: Has making music changed for your during the time between projects?

Tone Stith: I think it definitely changed because of where I was at in life. Just taking three years off of putting music out. I was definitely still working in those three years, but I was still living life figuring myself out and what I wanted to speak about. Also the brand and the vision and how people would see me for the first time. I think that was really, really the focus point.

YouKnowIGotSoul: What are your favorite songs from “FWM” and “Still FWM”?

Tone Stith: I can say for sure off of “Still FWM”, “Do I Ever” was one of my favorites simply because that song was in the vault. It was first recorded with just me in 2017. It had a totally different name. Then 2018, meeting up with Chris, he was working on “Indigo” at the time, and I happened to pull up at his house and play it for him. He wanted to put a verse on it. When he agreed to do that, I thought it was a full circle from working with him in 2015 and having that relationship. We finally had a song together as artists, it was a different thing for me. I hadn’t felt that before. When that finally came out, it was crazy because that was one of the songs that time was passing by and I thought it might just stay in the vault. I guess it was supposed to happen on “Still FWM”. Then another one is “I Don’t Wanna”. I love that song. I recorded that song out in Atlanta in 2020, and from the moment it was made, I had a connection with it. It’s still sweet, but it has the soulful singing to it, but to me the beat is so ignorant, it knocks. Then “FWM”, I’ve got to go with “FWM”, that was one of my favorites because I think the night in the studio that it was being made, when they were going through the loops, the producers who made it, I heard that initial sound when it came on, that was something that they went through. They kept scrolling after they played that part, and I had to make them go back. I liked that part. As the night went on and as we produced the song and put more to it, I kind of already had it in my head what the song was going to be about and where I was going to go with it. The flow was effortless. I think everybody that heard that song too thought it was different.

YouKnowIGotSoul: Take us back to when you first started writing for Chris Brown.

Tone Stith: I was part of a group and we had just split and we were each doing our own thing. At that time I didn’t necessarily want to be an artist. I wanted to write songs and produce and see who likes my sound. The way that it happened, there were some songs that I made being back home in New Jersey and some I made in California. By the time Chris heard everything, I shared what I had been working on, I had the opportunity to let him hear my music and he lost it. He said he needed a bunch of the songs. It was just crazy because at that moment when he cut those records, it was a full circle moment for me, because I was foreshadowing that when I was in high school. I said I would write and produce for Chris Brown someday. So that was verification for me. I think that meant something and I could pull the trigger on the artist thing as well.

YouKnowIGotSoul: Talk about the song “When You Love Someone” with featured H.E.R. and also featured a Donell Jones sample.

Tone Stith: That was another organic situation. That’s another one of my favorites as well because of how organic it was. I was working in a studio and H.E.R. was working right next door. A few days before, her manager had said he wanted to play a song for me to hear. He played the song, I heard it, and I of course loved the Donell Jones flip, he’s a favorite of mine I grew up listening to. So when I heard it, I said they had me, and I had to do the song. That process was amazing. As we recorded it, we did a session together, and it was cool working with her. It was the first time working in the studio together. Outside of that we’d been on stage together or seen each other. Just working with her and her pushing me to bring that feeling out in that song was a game changer for me. I took that from that session as I went into more sessions, that was the new standard. It was cool, I’m glad we got to share that moment together and it’s a big moment in my career.