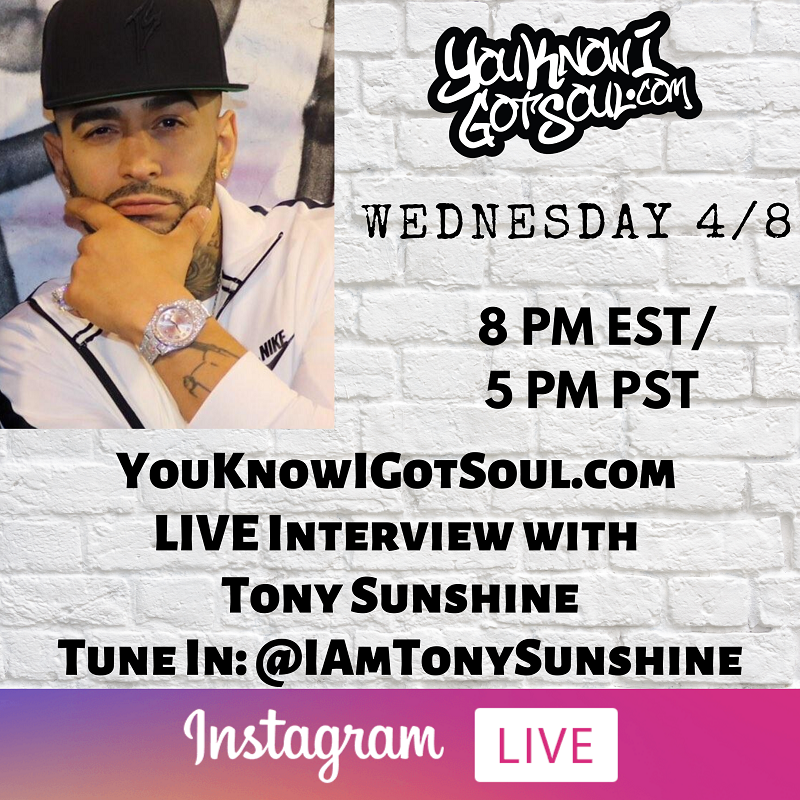 To say we’ve been anticipating the debut solo album from Tony Sunshine for a long time is an understatement. The singer originally captivated us with his vocal prowess as part of the Terror Squad in the late 90’s.

With hits under his belt like “Oh My God”, “She’s Like the Wind “with Lumidee, “100%” with Big Pun, and “All I Need” for Fat Joe, we knew he was destined for stardom. Unfortunately industry politics took him off track a bit over the years, but Tony Sunshine is still here overcoming hurdles.

We’ve been big supporters over the years as he’s continued to release a number of quality singles.

Now we’ve just caught up with Tony Sunshine once again for an interview recently on Instagram Live. During the conversation, we discussed the status of his debut album, advice he still caries with him from his mentor Big Pun, the creation of some of his biggest hits, his many diverse styles, how he developed his talents originally, and much more. Listen to Tony Sunshine speak in the video above.