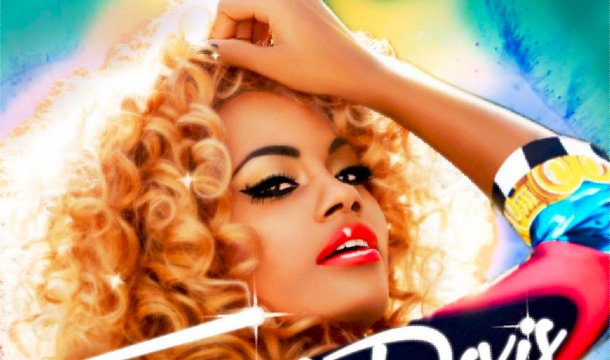 Timing is everything and the time is now for ByStorm Entertainment/RCA Records’ newest discovery Treasure Davis. After years of honing her skills in the background, the multi-talented singer-songwriter is ready to bring her sound to the forefront.

With influences ranging from Marvin Gaye to Cyndi Lauper, Treasure’s distinctive vocals and intoxicating personality are what set her apart and caught the attention of Mark Pitts, President of Urban Music, RCA Records and CEO of Bystorm Entertainment. Her first single “Someone New” featuring Hip-Hop legend Slick Rick is an infectious, fun song capturing the moment when you realize it might be time to find a new boo. Melodically delivered over a familiar Slick Rick sample, Treasure’s effortless vocals take you on a journey back and forth between keeping her man and cutting him loose.

The Los Angeles beauty has been singing for as long as she can remember. Raised in a creative and nurturing home – her mother a painter and singer, her father an accomplished sculptor and Urban Art gallery owner – Treasure stayed on the heels of her multiple instruments playing older twin siblings by using her voice as her instrument of choice. “I was always harmonizing and trying to keep up with them by singing” recalls Treasure.

A chance meeting with a music producer at a local McDonald’s would be the kick start to her music career. After the producer’s failed attempt at getting a girl group off the ground, the late night studio sessions lead her down the path of songwriting. Shortly thereafter, Treasure had the opportunity to meet the music director of The Tonight Show with Jay Leno which resulted in her landing background singing gigs for artists such as Keyshia Cole, Kelly Price, Keri Hilson and Nicki Minaj, and ultimately earning songwriting credits for works performed by Chris Brown and the Pussycat Dolls. “Having never done my craft at that level, time on the road unlocked something within me,” she explains. “It was a pivotal period for me to transition from a singer to an artist.”

Her yet-to-be-titled forthcoming debut album speaks to that inner voice that always seems to sway your judgment when you think you’re in love. “Passion, sincerity, artistic freedom and the boldness to be honest, are all the driving forces and the very life’s blood of my music and my life,” she muses. On the album, she fearlessly touches on every thought and decision that love dictates while rationalizing the bad and intensifying the good. Love is a tricky thing and Treasure isn’t afraid to lyrically navigate the emotions young women feel but might not always be able to express to their significant other.

Reminiscent of a modern day Lucille Ball or Audrey Hepburn, with her fun and quirky personality coupled with those raspy, seductive vocals, Treasure Davis won’t be hidden for too much longer. Look out for ByStorm/RCA’s next breakout star and expect Treasure’s debut album later on this year.