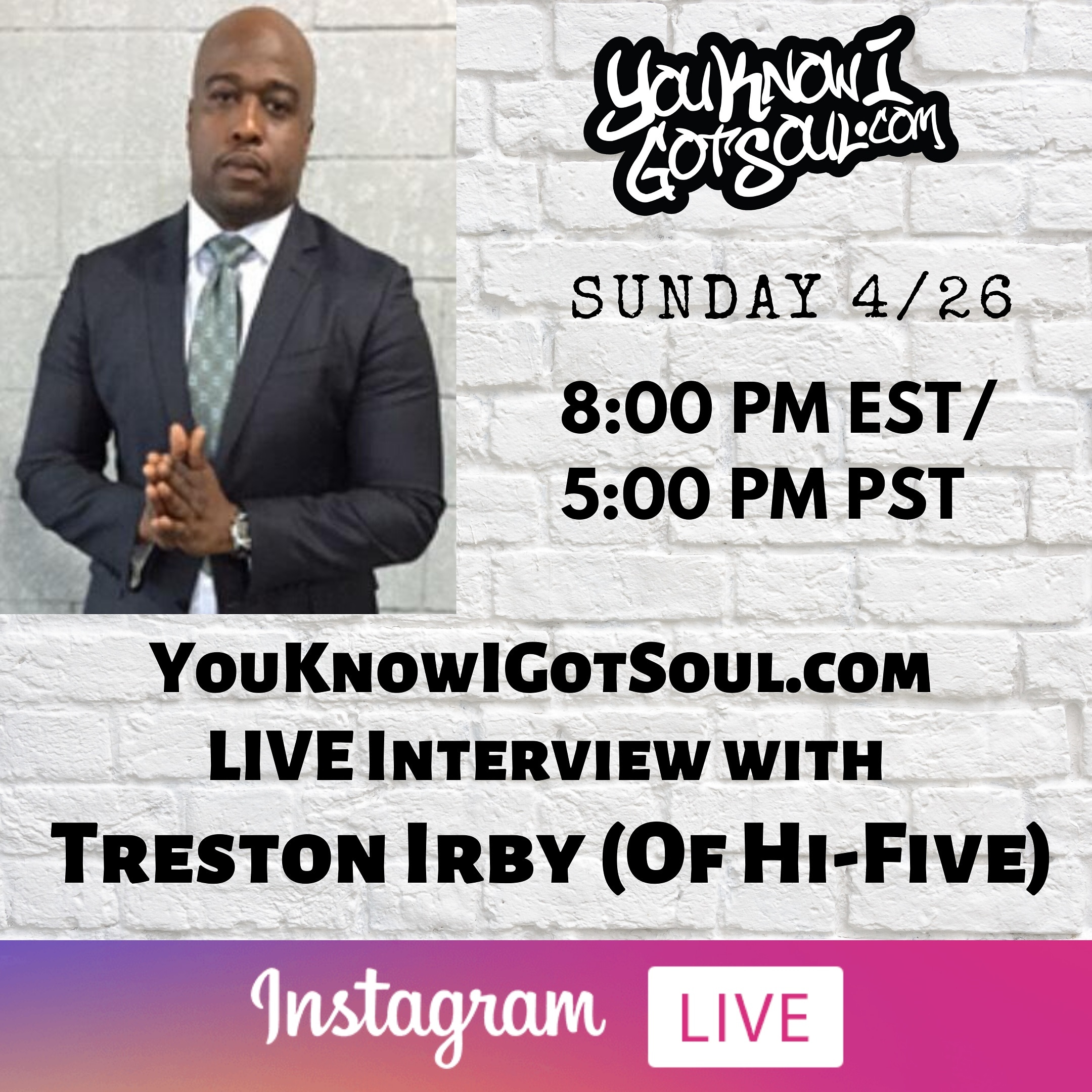 The legacy of R&B group Hi-Five is alive and well thanks to Treston Irby. We recently caught up with Treston for an interview on Instagram Live and had a lot to catch up on about the history, legacy and future of the group.

We started our conversation about how Treston originally came into the group and what he remembers about the Hi-Five’s debut album. He then talked about his role in the group and the creation process which led into a talk about the second album “Keep Goin On”.

Treston then took it deep about the group’s fallen member Tony Thompson and what the loss meant to him and the other members, as well as the R&B community as a whole.

We then talked about what the group has been up to in recent years since the release of their return EP in 2014, as well as what to expect next from Hi-Five. Check out what he had to say in the video above!