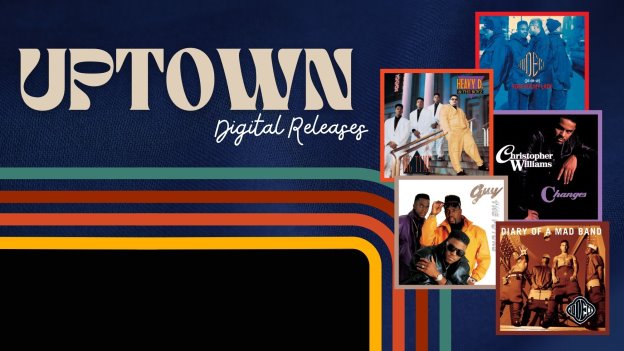 The albums included in the release were: Guy’s “The Future”, Heavy D & The Boyz’s “Big Tyme”, Jodeci’s “Forever My Lady”, Jodeci’s “Diary of a Mad Band”, and Christopher Williams’s “Changes”.

These historic albums stand out as just a snapshot of Uptown Records’ legacy. Founded by the late Andre Harrell in 1986, the label served as the first home to everyone from Mary J. Blige, Father MC, and Soul for Real to The Notorious B.I.G. It invariably set the blueprint for nineties R&B and hip-hop, and its influence grows stronger with each decade as evidenced by these reissues.

Be on the lookout for more soon.

Listen to Jodeci’s Diary of a Mad Band (Expanded Edition)