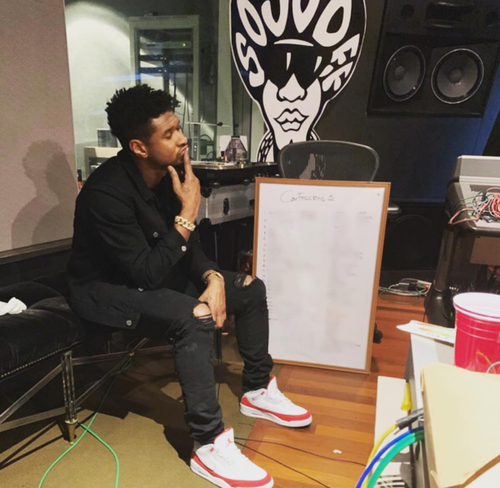 It looks like we’re getting closer to Usher’s very anticipated “Confessions 2” project! YouKnowIGotSoul is proud to exclusively premiere the new song “Don’t Waste My Time” featuring R&B star Ella Mai. The smooth joint is produced and written by longtime collaborators Jermaine Dupri and Bryan-Michael Cox along with Vedo who helped out with his pen.

Usher and Jermaine Dupri broke the news to everyone earlier in the year when they announced that they would be going into the studio to work on some new music. We’ve also seen clips of Usher in the studio with B-Cox, Sean Garrett and Rico Love. No word on whether “Don’t Waste My Time” will be the lead single, but it’s already being played all throughout Atlanta radio stations and the song has been talked about a lot all over the internet.

Take a listen and be thankful we’re getting another Usher/Jermaine Dupri/B-Cox project!