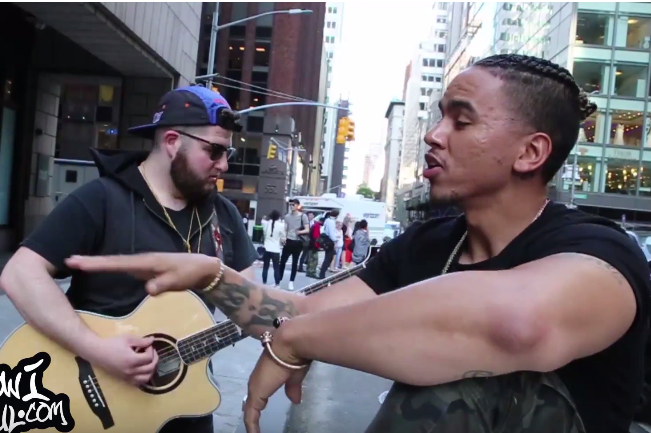 Adrian Marcel has been one of the most exciting r&b artists of the new generation to follow over the past five years. The protege of Raphael Saadiq, he’s been able to effortlessly bridge the current sounds with the traditional ones of the past.

We’ve had a chance to get to know Marcel over the past few years and done some great features, but this is the coolest one yet.

His team had reached out to do an interview, but we also got a nice surprise when he brought his guitar player along, and suggested an impromptu performance as well. He set up shop right in the middle of the streets of New York City, and performed a memorable rendition of his song “Blind”.

Check out the incredible moment in the footage above. The song “Blind” is from his recently released debut album “GMFU”.

Also stay tuned for our latest interview with Adrian Marcel which should release in the coming days.