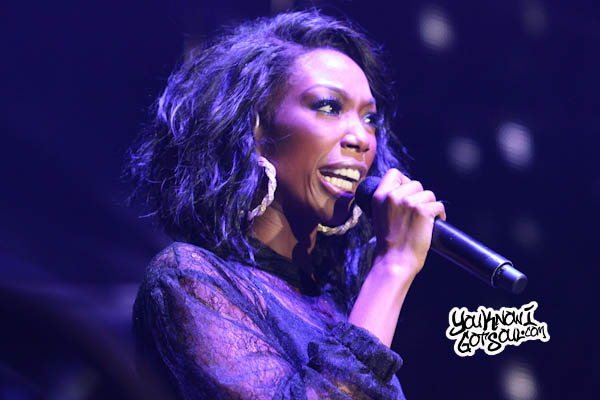 Because she’s been so quiet on the music front in recent years, it’s easy to forget how legendary of a career that Brandy has put together. Luckily for music fans, the Soul Train Awards didn’t overlook this fact.

During the 2016 Soul Train Awards, not only did Brandy perform, but she was also honored with the Lady of Soul Award. After performing many of the biggest hits of her career, and even being joined by Ma$e during “Top of the World”, previous Lady of Soul honoree Jill Scott came out to present her with the prestigious award.

Brandy last released her album “Two Eleven” back in 2012, but no new music seems imminent. Last year taking time away from acting, she released the single “Beggin and Pleadin”, but went quiet shortly after.