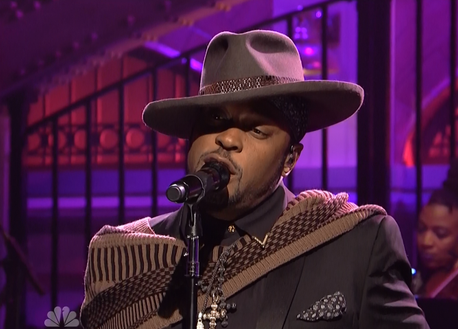 D’Angelo had been scarcely seen since the surprise release of his “Black Messiah” album in December, so many had been highly anticipating his performance on Saturday Night Live last night. He used the platform to not only perform the new songs “Really Love” and “The Charade”, but also raise social awareness as his band donned “I Can’t Breathe” t-shirts and a chalk outline was present on stage. Next up, he’ll perform at the World Famous Apollo Theater on February 7th before heading out on a European tour.