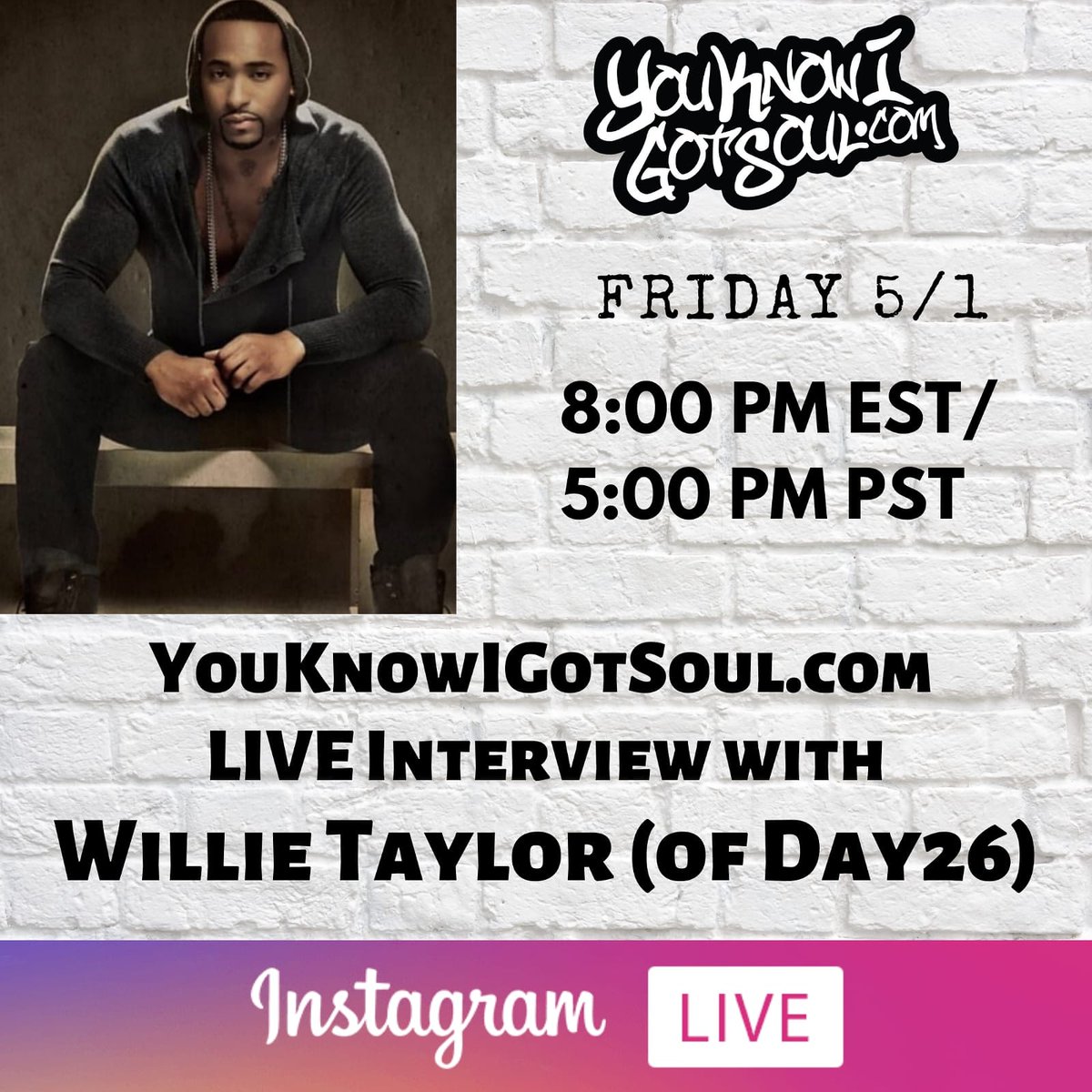 We recently had a chance to catch up with Willie Taylor from the R&B group DAY26.

During our conversation, we first touched on his new single “You Are My Life”. We also talk about his solo career and how he’s been consistently putting out mixtapes and singles over the past few years.

We also discussed what it’s like for him to balance life with DAY26 as well as his own solo music. We talk about new music from DAY26 as well as tours that they missed out on including the Millennium tour as well as the Bad Boy Reunion tour.

Lastly we go back and revisit DAY26’s debut album which came out in 2007. Listen to Willie talk about each song and what he remembers about making the project. Watch what he had to say in the video above.

Also check out his new single “You Are My Life” which just came out today.