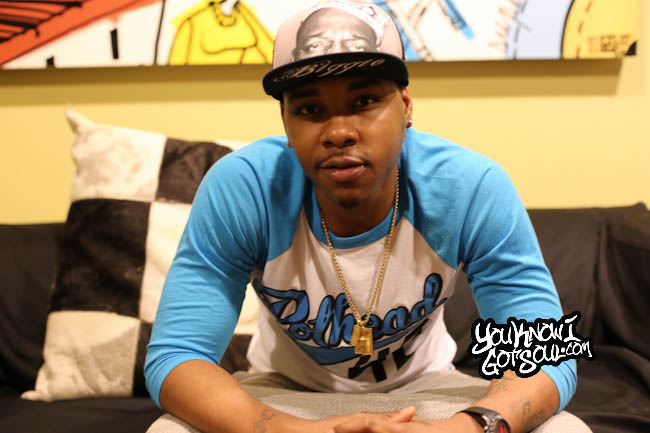 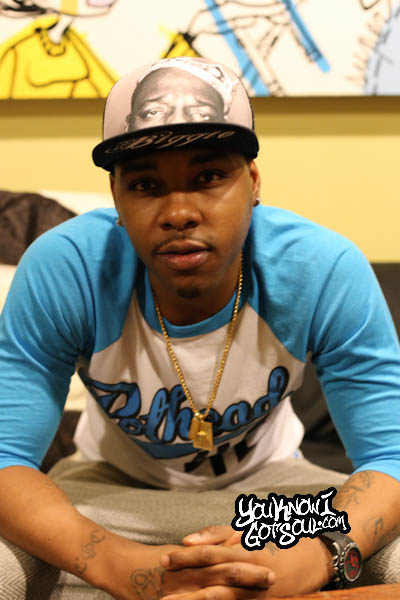 CJ Hilton has seemingly always been an artist who has flown under the radar. While many of his peers got national recognition, he remained overlooked. Despite already having multiple Grammy nods under his belt, the world has never really got a chance to understand who CJ Hilton really is. Things should soon change with the roll out of his upcoming mixtape, EP and album. Fans will bet getting a taste of all sides of CJ Hilton, including his love for women and weed, his fun side, his serious side, and his mature side. Oh, and the mixtape is called “Sextape” and the EP is called “Threesome”, isn’t that enticing enough? YouKnowIGotSoul sat down with him prior to his performance in our Sol Village event in NYC and discussed what to expect on the mixtape and EP, his upcoming single, being Grammy nominated with Salaam Remi, his current single “I Luv It” actually being about weed and women, and more.

YouKnowIGotSoul: You’ll be releasing the new mixtape “Sextape”. Introduce us to the project.

CJ Hilton: The release of the “Sextape” is the 21st of January. Basically what the project is about is having fun. I really had a lot of fun making this tape. I feel like that’s what you’re going to get when you pop it in, you’re going to feel good. Of course it’s still CJ because the music has always been a little mature, but at the end of the day it’s just showing a more fun side. It’s kind of combining the two.

YouKnowIGotSoul: What inspired the writing?

YouKnowIGotSoul: Talk about your song “I Luv It”. What’s that all about?

CJ Hilton: *Laughs* Two things really. One of course is the lady that I was with and it’s also about weed. I love smoking weed, that’s what the song is about.

YouKnowIGotSoul: Talk about your chemistry with Salaam Remi because you guys have worked a lot together.

CJ Hilton: Salaam is like a big brother to me. It’s so much more than just work. When me and Salaam get together, we have a good time. We talk, we eat, we hang out and then we work. That’s one of the best sessions for me is to work with Salaam Remi, he’s family.

YouKnowIGotSoul: Who else did you work with on this mixtape?

YouKnowIGotSoul: I was reading you have another single coming up soon.

CJ Hilton: Yeah the next single is called “Sexy Eyes”. Me and Salaam did that record together. It was a record we did a while ago, but it stuck out. After we did the new music, that song still stuck out. I feel like that’s a timeless record so we should make it a second single.

YouKnowIGotSoul: You have the mixtape and then I know you have an EP and then an album?

YouKnowIGotSoul: A lot of artists just want to push an album out. You kind of had a whole plan as far as a mixtape, EP and an album. What made you go that route?

YouKnowIGotSoul: You were recently part of Salaam Remi’s Grammy nominated album “One In The Chamber”. What does that mean to have been part of that project?

CJ Hilton: It’s huge and a blessing. Actually it’s my second time being Grammy nominated. I had a song before that with Raphael Saadiq called “Never Give You Up”. Hopefully we win this time.