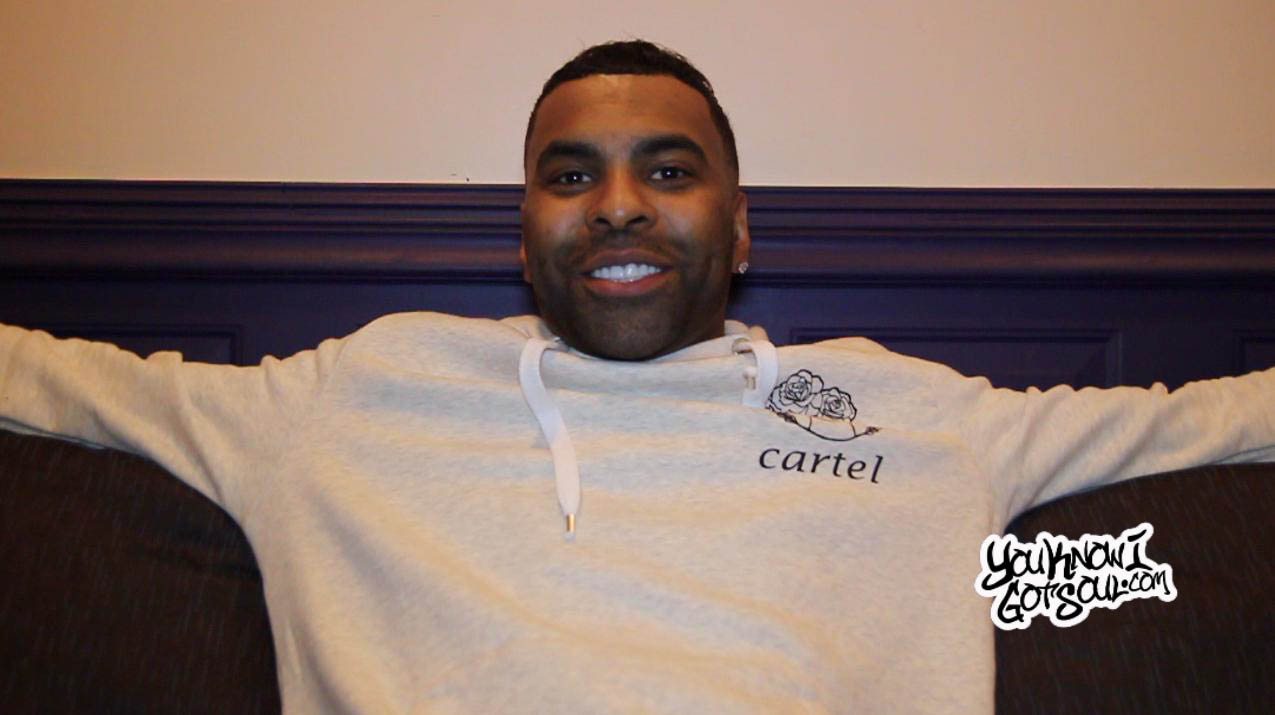 Coming off of his 2011 “Elgin” album, his worst by far commercially, it looked like Ginuwine’s career might be creeping towards the twilight. That would not have been a knock by any means, he’s had a legendary career spanning nearly two decades now. But when the TGT situation fell into place and the “Three Kings” album had the impact it did, Ginuwine’s career was right back on track. Ginuwine being successful is a great thing for the r&b genre as a whole, so it’s amazing to hear that he’s recently signed a major label deal to release his next solo project. YouKnowIGotSoul sat down with Ginuwine prior to a recent performance in NYC and discussed his recent Grammy nomination, recording a new album with TGT, his next solo album, and more.

YouKnowIGotSoul: Congratulations on the Grammy Award nomination with TGT. This is your first one, what does it mean for you?

YouKnowIGotSoul: The TGT “Three Kings” album had a huge impact this year. What was your role in the creation of the album?

Ginuwine: It was all my idea, I’m the one that came up with the name. *Laughs* Nah. My role was to play my role as Ginuwine, I’m the G in between the T and T. You know me, I’ve been the business a long time, I’m pretty seasoned in this business, so I don’t make people uncomfortable around me, I’m all about the work and trying to get the job done. There’s not going to be a lot of resistance when it comes to me. Now the other two! That’s why I’m in the middle, so I can say hey cut it out! *Laughs* Nah, I just like to get the job done so we can go in front of you guys, the fans, and you can show us you appreciate it. That’s my favorite part, I hate the studio, my favorite part is the stage.

YouKnowIGotSoul: What do you see as the future of the group, will you guys continue recording?

Ginuwine: Nah, I’m not doing another damn record with those guys! *Laughs* Nah, I don’t know man, we’re going to go on tour maybe sometime in February. After that, we’re going to start working on another album. I’m working on mine right now, it’s called “Old School Young”, but I don’t know if I’m going to call it “Upside Down” or “Elgin Part 2” or “Ginuwine The Bachelor Part 2”, I don’t know. Right now whatever sticks out so far is “Old School Young” because that’s the feeling; you love the old school but you feel so young. So that’s what it entails and it’s all about. I’m trying to join the two forces together to make new sound. I love Miguel’s music, I love Bruno Mars’ music, stuff like that, things that are different. When I do listen to the radio, it just sounds like a lot of stuff is the same. I like anything that’s going to be different and that’s the formula that I’m trying to come up with right now.

YouKnowIGotSoul: I know you had started on the “Old School Young” album prior to TGT. Will you start fresh now, or will you use some of the stuff you had created before?

YouKnowIGotSoul: Will you be releasing your next solo album on a major label or going the indie route again?

Ginuwine: I have a major deal with Shamrock through Warner Bros. It’s already in place. I’m just trying to pencil in the time that I can actually go and finish the album.

YouKnowIGotSoul: Being a part of TGT has been a real boost for your career. You were coming off of two indie albums that unfortunately were only mildly successful.

YouKnowIGotSoul: I hate to say it because you put out good music!

Ginuwine: Very mildly. That’s the difference when you are on an independent. The first one I’ve got to say, I got a number one out of it. That was “Last Chance”. The second one, me and the label weren’t getting along so it didn’t get the push that it deserved and I didn’t push it, I said I wasn’t going to do anything for it. That’s one of those things that just happens in your career. Luckily I’ve already been established where I can sustain continue to go out here and work. Otherwise, that would have killed any other artist. For me, I believe that if you are not going to lay the platform and do it right, you shouldn’t do it at all. With me being in the business and seasoned and at the time that being a label, I felt I knew more. I’ve been commercial more successful in what I do as Ginwuine than what they could do for me. I just thought I knew more and I still do. That happens. Much love to them. You just move on. That’s pretty much what happened, it really wasn’t because of the songs or music hopefully. It was really because I know for a fact after the first week I said I wasn’t going on the road to support it.

YouKnowIGotSoul: Really glad that you’re getting a chance again to shine on a major scale, well deserved.