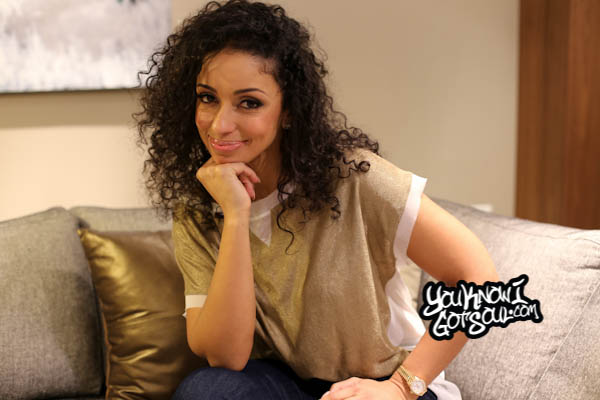 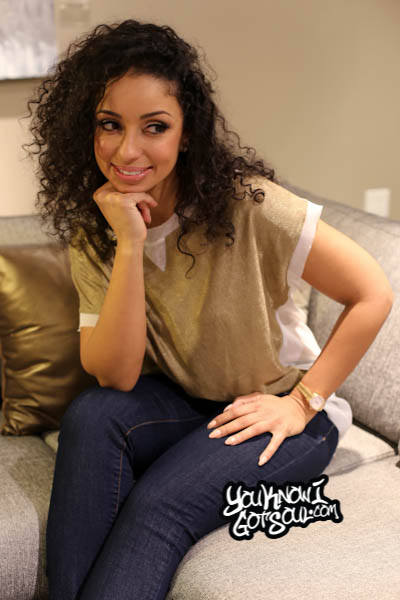 It might be hard to name many more under-appreciated r&b artists in the U.S. than Mya. With platinum albums, number one singles, Grammy Awards, and endorsements all under her belt by her early 20’s, she was definitely at the top of her class in the 2000’s. However, after a mistake by her label caused the leak of her “Liberation” album, she turned to the Japanese market for her past two albums. Now ready to take her artistry into her own hands, Mya is ready move onto the next level with her music. YouKnowIGotSoul sat down with Mya during a recent promotional run in NYC and discussed the release of her “With Love” EP, what made her decide to release music exclusively in Japan, the growth of her artistry, what’s next, and more.

YouKnowIGotSoul: You just released your new EP “With Love”. What inspired the release of this project?

Mya: What inspired the release of “With Love” was the date February 14th which is Valentine’s Day. It marks the 16th anniversary day where I released my very first single. Every Valentine’s Day or Christmas, I release something exclusive to the fans under the radar, but this year was a milestone so I was like “Let me release more than just one song.” I put a little EP together abruptly, it was about two weeks prior, but it is music that’s been in the archives forever. It’s stayed in the studio and I’ve also been recording. That’s how it was compiled.

YouKnowIGotSoul: I noticed the EP had more of an R&B sound than your “Sugar & Spice” and “K.I.S.S.” albums. Was that done by design or an indication of what’s going to come?

Mya: Well I record all kinds of different music and genres. I felt because Valentine’s Day is surrounded around love and the fact that people are just hungry for music and to the love theme, these songs worked well together. One was acoustic and one was more neo-soul. The last one “Do It” was more contemporary and “House Party” was a throwback to R. Kelly and that Chicago two step. So they’re all a little different, but they do have the root of R&B.

YouKnowIGotSoul: You mentioned you’re always in the studio recording and it’s been 16 years since your first album. What’s the biggest difference recording back then and now?

Mya: Let’s start with technology-wise. Recording today versus recording back in 1997 when I recorded my first album, I recorded to something called two track tape. We had to be precise on how we were recording. We had to rehearse before we showed up to the studio. We didn’t spend time in the studio writing the songs. We had to be prepared to go in and knock it out. Nowadays, you can take as many days as you’d like with pro tools and different kinds of software through the laptop. The process is a little different nowadays. I still appreciate it though. Compared to the earlier days, the technology is lot more advanced. You can do things in the bathroom of a hotel room and they actually sound great with different plug-ins. It takes less time and there’s a lot of music that’s out there today whether it’s Hip Hop or whatever, it’s usually done right out the laptop. It’s pretty cool.

YouKnowIGotSoul: Your last two albums released first in Japan. What made you go that route?

Mya: Doing a business in venture in Japan started my independency as an artist. I had just the left major system. My album that was slated to come out in 2007 “Liberation” was accidentally leaked in Japan by Motown. They forgot to tell them to recall the CDs when we changed the release date. That just came out in Japan digitally and they were like “Hey we’re interested in you. Come over here and do some exclusive work with us in this one territory. We love the album you just put out.” I didn’t technically put it out, it was a mistake. But I was like “I can spend some time in court fighting the label or I can take this independent route.” The opportunity came and I decided I would take advantage of it and see what it was all about. I would get to own my own masters and produce my own records and cast the producers that I would like to work with. So I creatively got involved over time and something that the major label system was involved in at all times. There was absolutely no interference for me to have a meeting or two and pick some records out after I’ve recorded them. I began to develop a team of writers, producers and musicians. It was a new experience for me and it’s really helped me evolve as an artist. That phase of being international, it helped me develop my show and just recording in the studio. It was just a business move. The “K.I.S.S” album which was the last album I released in Japan, I did a US and a Canada version as a well as a World version.

YouKnowIGotSoul: We always hear that Japan has a huge appreciation for R&B even when the US doesn’t tend to appreciate it. What is your Japanese fanbase like compared to your US fanbase?

Mya: It’s hard to say. I’m not a girl that studies numbers. They’re very receptive though, I can say that. They’re receptive in the US as well, but I think they have expectations as far as where I’m from. I’ve done a lot of records in the US earlier in my career and then I went overseas. They’ve always been receptive. Japan follows American culture musically a lot and they welcome dance-offs. It’s huge out there. They’re very receptive to all kinds of culture around the world and it was education for me. It’s a melting pot for music.

YouKnowIGotSoul: In the US, you’ve had multiple platinum albums out and you’ve won a Grammy award. Do you feel like you get the credit you deserve here because you’ve done so much?

Mya: I’m not really looking for the credit. I really think that I’m just starting as a real artist now. I think everything else was just an education and great experiences and a wonderful opportunity for success based on how it was defined by other people. I haven’t had my own success yet. In my mind, I’m just blossoming and just learning so many things that will happen with time and experience, but it’s been an education. It’s like going to grade school, middle school, high school, college, getting your degree and pursuing your career. I’m now pursuing my career as an artist. Everything else was an education and it was just school to me. I’m just beginning now. I don’t really look for credit.

YouKnowIGotSoul: Where are you at with your artistry? You’ve said that it’s like you’ve been in school, so what’s your creative process like now?

Mya: When I look to create, I’m actually an artist. I pull from real experiences. I’m inspired by other things, other people, documentaries, movies and films. I have a global perspective on people and culture, religion, politics and things that are outside of me. Then there’s the love life or lack of. You pull from different experiences, but they’re real whereas when you’re 16 in the studio, you’re being fed songs. I’m also assembling different kinds of things whether it’s casting people or talent from the area I grew up in which does not have a lot of opportunities. I’m just trying to make other people’s dream come true and seeing that is worth so much instead of being on the road all the time. There’s passion like never before and it’s not mechanical. It’s really real and I’m able to bless other people’s lives and they bless mine. It’s an experience and there’s so much learning.

Mya: Some music to be general. I did a film last year that may be coming in 2014 depending on the powers that be. I really enjoyed the role. I played a marine biologist/lieutenant in the movie. It was a kick ass role. There are other things like my foundation and training for a marathon this year to keep my body together. I’m also a vegetarian. It’s just some personal things I’m working on outside of music.