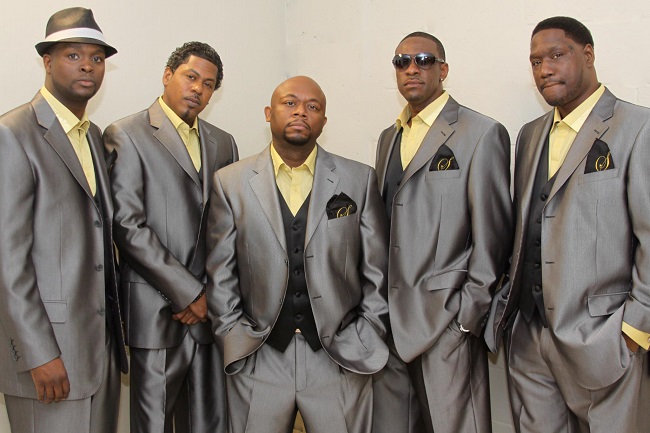 In an era where R&B groups were dominating the charts, there weren’t many that were able to accomplish what Silk did during their run. Their bedroom banger “Freak Me” reached #1 on both R&B and Pop charts and the song is still one of the more popular R&B songs ever. The group, originally discovered by Keith Sweat, was able to smoothly transition from the New Jack Swing Era into the Hip Hop era and now they’re looking to do it again as they’re looking to introduce their signature sound to a whole new generation of music listeners. YouKnowIGotSoul had a chance to speak with Silk about their upcoming project due out later this year, the impact Keith Sweat had on their career and also legacy in the music industry.

YouKnowIGotSoul: Talk about how you guys were originally discovered by Keith Sweat because I know he played a huge part in your early days.

YouKnowIGotSoul: What kind of influence did he have on your sound?

Jimmy: He took our Gospel style, which We were a Gospel style before we were an R&B group. He took his bedroom sound and put it with our harmonies and vocals and made up our sound as Silk.

YouKnowIGotSoul: Your last album came out in 2006. What have you guys been up to since then?

Jimmy: We literally just finished an album. We’re basically working out how that album is going come out this year. It’s looking pretty good.

Lil G: We were trying to get it finished for the Valentine’s weekend, but we have a few more things that we need to do to make sure it’s just perfect and just right for our fans and our fanbase. We have a reputation of putting out the kind of music that they want to hear. We have to keep that up for y’all.

Jimmy: Shout out to Beyonce, R.Kelly and all our favorite producers.

Jimmy: Silk. And actually one of Charlie Wilson’s producer, his name is Wirlie Morris. Also J-Dub who used to work with Bad Boy.

YouKnowIGotSoul: You guys have always been writing your own records even in the late 90’s when everyone was going to the hottest producers. What’s the importance in sticking true to you guys and your sound?

Lil G: I think the importance of staying true to the game is that you don’t confuse your fans. You have a core fanbase that grows along with you, so you have to keep them with you. Keeping them with you will bring the newer generations coming up under them like their children and their children’s peers because they get mesmerized by the music just like their mama’s and daddy’s. And then when they find out that they were born to this music, we just keep it real.

Jimmy: Everything he said. *Laughs*

John-John: That was well put!

YouKnowIGotSoul: You guys have a catalog of hits and could probably just tour for the rest of your lives. What’s the motivation to continue making new music?

Jimmy: It just feels like we’re still here and we just want to put out music. We’re still recording for the last 3 years. We’ve just been recording and gathering material because we still want to put out material. We’re trying to reach the next generation like Michael Jackson, R.Kelly and Beyonce.

John-John: Really, we love it. It’s just the love of music.

Lil G: As a matter of fact, we would love for you to like us.

John-John: Good segway into it. That’s one of our new songs. *Laughs*

YouKnowIGotSoul: You guys came from the New Jack Swing era and made that smooth transition into the new era. A lot of groups couldn’t do that, so what was the key to doing that?

Timzo: We bring the type of music that brings togetherness whether it’s making a baby, a relationship or a family. You can’t put us in a certain era, we bring a certain type of sound and feeling from the bedroom. That’s what we try to consistent of and what the fans want from us. We’re freaky, shit.

Lil G: He made me forget the question!

Timzo: We feel like we bring family and relationships.

Lil G: Another thing we should go down in history for is that during that Hip Hop era, there was a time when Hip Hop and R&B were battling with each other, we were actually known as the first group coming out with “Freak Me” to mix the two. It was Rap and R&B.

YouKnowIGotSoul: On one of your later albums, you had Tamar Braxton featured on a song. Now she’s Grammy nominated and on top of R&B. Did you guys see that in her when you guys worked with her?

Jimmy: Oh yeah. Since the Braxtons started, she’s been a vocalist. It was a pleasure to work with her at the time because the producer named Darrell Allamby who produced “Meeting in My Bedroom” and “If You (Lovin’ Me)”, he produced that song with Lil G. The song was “Don’t Go”. It was a blessing just to be in the studio with her that night.

YouKnowIGotSoul: This question is for Timzo in particular. I know you were close with Natina Reed from the group Blaque. She passed away more than a year. What do you remember about working with her?

John-John: Has it been a year? I just saw her!

Timzo: Natina was a good friend of ours, but with me it was a closer friendship. The day that she passed, me and her were together that same day. She’s going to be missed. She was going through some things.

Jimmy: She had just wrote a song for us that day. It was for this album.

John-John: The night before she died!

Timzo: The actual day that she passed was the day we were supposed to go to the studio that night to do the demo of the song.

John-John: I still remember the hook of that song.

TImzo: Natina was a great friend of ours and a great writer. Shout out to her, Blaque and everybody.

Big G: She had a great spirit.

Jimmy: Look out for the new album.