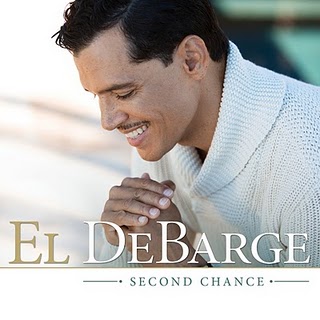 One of the biggest perks about running this site has to be the opportunity to interact so frequently with a wide range of artists. Most recently, I had the absolute honor and pleasure to talk to a legend and member of r&b’s elite, El Debarge. What type of questions can you ask a musical icon whose career has spanned four decades? I was just glad to be able to pick his brain on his new project in the short time we had. In this interview, we discuss his return to music and the reception fans have given him, what he tried to accomplish with the new album, how he keeps his music sounding fresh, unexpected collaborations with hip hop artists, how long he’d like to keep recording music and much more.

YKIGS: First off just wanted to congratulate you on the new album. Since this is your first album in over 15 years, tell me what the reception has been from your fans? Did you find they were waiting for you again?

El DeBarge: Oh the reception has been awesome. The fans are out there, they’re screaming, they’re yelling, I feel like they are just as excited to see me as I am to see them and that feels so great. Everybody wants to feel wanted and I really feel wanted. My fans are awesome.

YKIGS: Realistically, what type of reception were you expecting to get from your fans when you were putting this new album out?

El DeBarge: Well I didn’t know what to expect actually because I had been gone for so long, I didn’t know what to expect. I know from one city to another, I had to make sure that I was ok in every region. So it’s like if they liked me in Chicago, I absorbed that and by the time I got to St. Louis I wanted to know it was the same there, then when I got to New York, I needed to know that the love was the same there, and so on and so forth. So every city was important to me and I think that I’ve touched just about every region out there that I could possibly touch right now. I’ve been doing this promotional push, promotions and concert tours since July of 2010.

YKIGS: So as I mentioned it’s been so long between albums, did you always have intentions of continuing your music career?

El DeBarge: Yea I did, I always had intentions of continuing.

YKIGS: When you set out to create this album, “Second Chance,” what was your overall goal to accomplish with this album?

El DeBarge: My overall goal was to reach the mainstream market because I didn’t just want one genre of people, I wanted my complete audience from where I left off at which was early adult contemporary, which was urban, which was soul, which was pop. So my main goal was to do the type of album that would please everybody, please all of my fans.

YKIGS: You were nominated for two Grammy Awards, how does that make you feel?
El DeBarge: It was very emotional for me when I got the Grammy nominations and I cried, I was just very overwhelmed. It was amazing.

YKIGS: I want to talk to you about the single you have out now which is “Lay With You” with Faith Evans. What’s it been like working with her on the song? I know you guys have been performing it a lot together, so tell me about that.

El DeBarge: You know it’s been great working with Faith, she’s such a great singer and getting back on stage and doing it with someone who can really sing I think is a great compliment to the song. So I don’t get to sing everywhere with her, sometimes I have to do the song by myself, but there’s times when our schedules actually meet up and our schedules coincide.

YKIGS: Yea I love that song, it was definitely one of my favorite songs from last year and I’m glad you guys came together and did that.

YKIGS: I had a chance to talk to Mike City who did some work on this album, he actually produced that song as well, and he was talking about how he looks up to you as a legend and royalty in r&b. What was it like working with him?

El DeBarge: Oh Mike’s a pro, he gets in there and he does his thing. He knows how to dub you in with vocals, he knows how to do music writing, he’s a real producer!

YKIGS: Do you have a favorite song from this album if you had to pick one?

El DeBarge: My favorite song…they change every week! This week is “Format” with 50!

YKIGS: *Laughs* Ok, why would you choose that one?

El DeBarge: Well I’m feeling that one this week. I don’t know, it’s like I’m real moody with music that’s why I’ve got a lot of different things on my album. I think it represents all of the different areas of emotion that I dabble into.

YKIGS: I was a little surprised when I saw that you had collaborations with Fabolous and 50 Cent, but I was happy with the way they came out, I love the way they sound.

El DeBarge: Yea I think a lot of my fans were probably surprised at first, and I think they were even more gratefully surprised when they found out that they could be satisfied with the collabs. I’ll never ever, ever do anything that’s somebody else’s idea just to sell a record. I have to keep my convictions for music always at the forefront of every musical decision that I make. So with 50 being on the album, with Fabolous being on the album, as well as Faith, it was definitely something that I thought would work.

YKIGS: I was curious if you reached out to those artists, how did those collaborations come up?

El DeBarge: 50 and I have been on the same label and I said “Hey we need to try something, I’m a fan of yours, you’re a fan of mine, so let’s see if we can do something together.” Fabolous reached out to me and said he had a song that he wanted me to do on his album. I did that, so you’ll hear it whenever his album comes out, I don’t know if it’s out or not, it’s supposed to be out by now. So I thought that worked so good, and told him I had something I’d like him to do on my album, so that’s how that happened.

YKIGS: A personal favorite of mine is the song “Joyful.” Can you give me some background on that song?

El DeBarge: I love “Joyful”! “Joyful” describes how I feel overall about my life, about what God is doing in my life and about my album, my career. I’m so joyful about it all and that’s just one of my favorites as well.

YKIGS: As someone who is considered as an r&b legend, r&b royalty, and a household name, who are you listening to? What artists do you listen to in your free time?

El DeBarge: Well you know what at the end of the day I just follow my heart because one thing I learned a long time ago is what comes from the heart, reaches the heart. When DeBarge first started off in the industry we were against all odds in the first place. Really nobody at the record company, nobody at Motown, believed we would do anything, but Berry Gordy did. Being the genius that he has always been and having a finished ear, which is what we call it in the industry, he has a finished ear where he can hear ahead. You know how there’s people who can see ahead? Well he can hear ahead. *Laughs* He understands things other people don’t understand and because of that, in all due respect to what’s going on in DeBarge’s career now, he gave us a chance to be ourselves. Rick James, Prince, Michael Jackson, all of that was going on when DeBarge was first coming out. We certainly were a sound that had to be embraced and handled carefully and with care. So because what comes from the heart reaches the heart, that was proven to us back then or else we would not be where we are today. So that’s just the approach I took with this album, I said I’m just going to come from my heart.