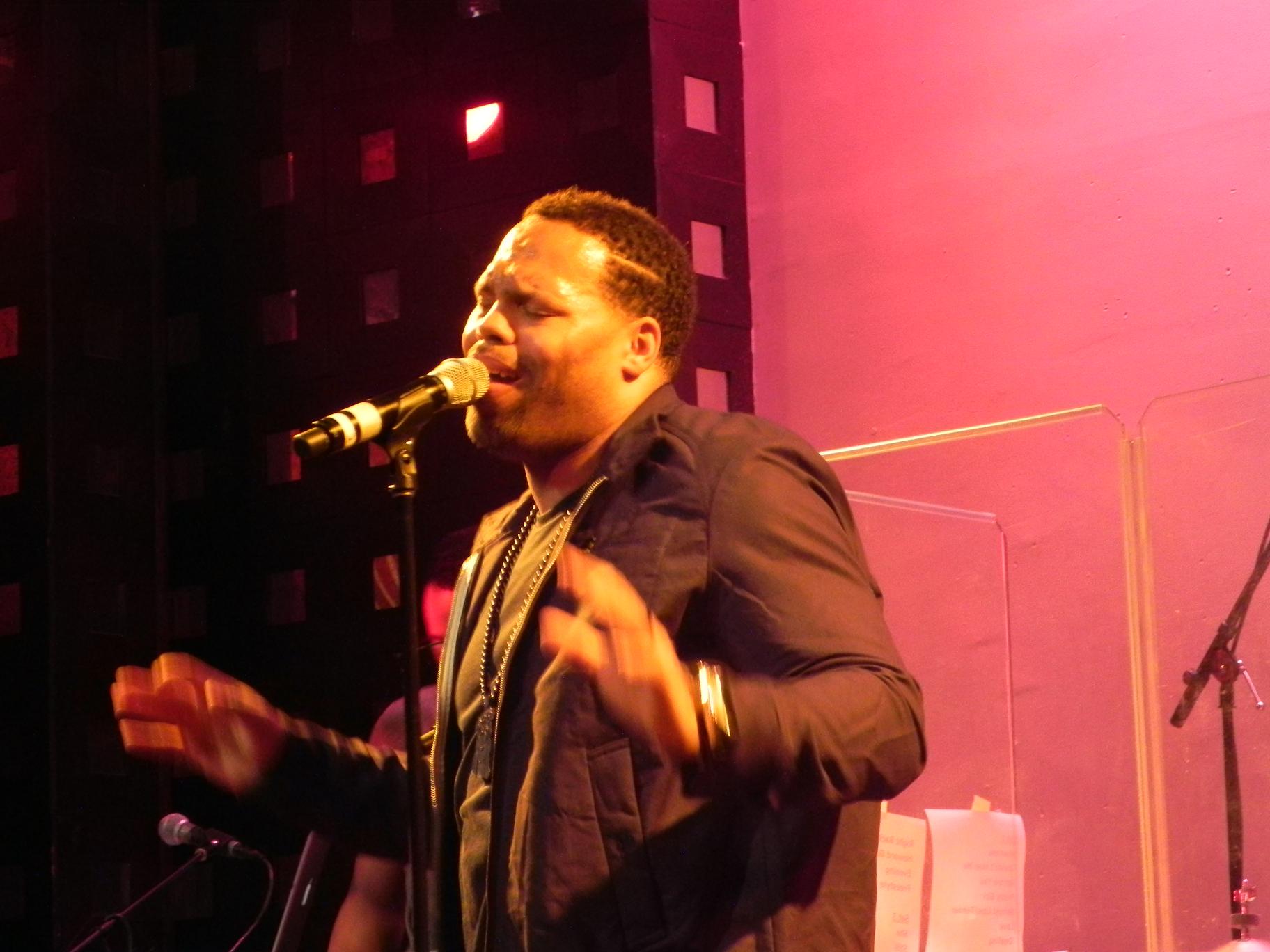 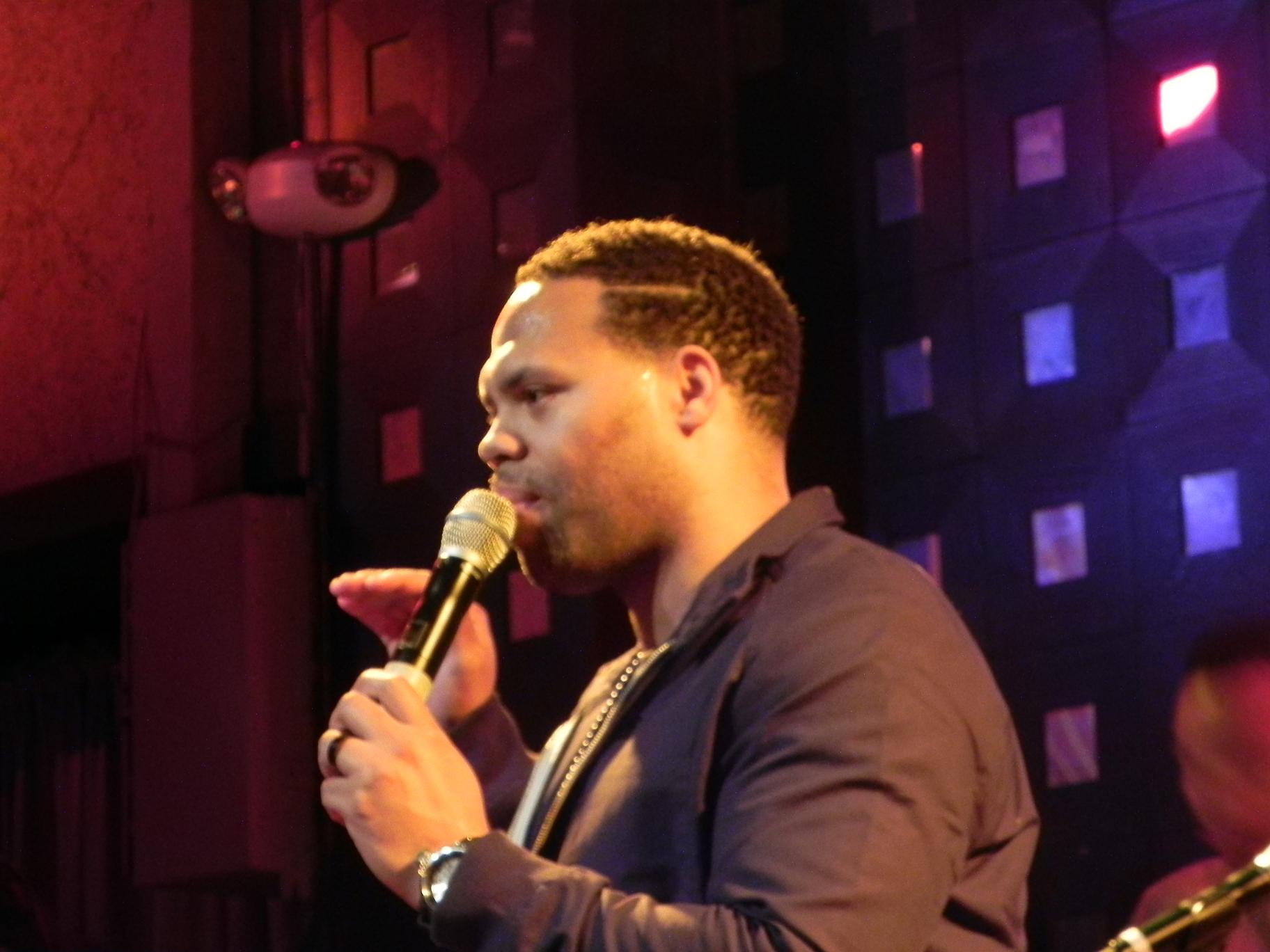 In part two of our interview with Eric Roberson, we discuss the stories behind his writing on Carl Thomas’ “Rebound” and Vivian Green’s “What is Love?”, why he likes to spend his lonely Saturday nights in the studio, who else he’d like to work with, the evolution of r&b and soul music, and his upcoming album.

If you missed part 1, click here to read it.

YKIGS: Another song, and I was just listening to your version of it earlier today, is the song “Rebound” you did for Carl Thomas.

ER: “Rebound” was one of those sad Saturday nights. I love writing songs on Saturday nights when everybody else is partying and I’m in the studio thinking “Why am I in this room?” I can always get into this little funk. A lot of times when I finish a session, I’ll go to the keyboard and I’ll put my hands down and if it makes sense, I’ll keep going, if it doesn’t I’ll stop and go home and go to bed. It was one of those nights where I put my fingers down and it started making sense and the whole thing just came in. I remember the funniest thing was my boy D. Black called me while I was working on it and I had put a little drum beat to it, and the whole song was coming in, and I put it on speakerphone so he could hear it. So as I’m playing it, I asked him what he thought, and he said “Yo man, that joint is too sad!” I didn’t even let him get the rest of the words out I just hung up on him immediately, turned the ringer off, and just zoned out. I couldn’t afford for anyone else to say anything about it. So when I finished the song, I played it and everybody in the room kinda kept quiet and nobody was really commenting on it. So I had a meeting with Carl Thomas the following week and I put all of the songs I thought he would love first on the cd, like my bangers, and I didn’t even have “Rebound” near the front. So as he’s listening to the cd, he’s skipping through all of the songs and “Rebound” finally comes on, and he sits back and listens, and I’m thinking “He’s going to take this song, wow!” So he starts singing to see if it was in his key and if it would work with his voice and as soon as he did that I said “He’s going to buy it, wow.” As much as I wanted to sell the song, I also didn’t because that was my joint. I remember when I went back to my friends and I told them Carl Thomas wanted to buy “Rebound”, they said “Why are you selling Rebound!” and I said “I played it for yall and yall wouldn’t even comment, I thought yall hated the song!” But one thing I learned with Carl was before we were about to record it, he said “The song is no longer yours” and it made so much sense because he really owned it and he really became the character in the song. A funny story and I can say this because he’s not on Bad Boy anymore, that was one of the fastest sessions in my life. He was so professional but the main reason why was because he wanted to finish the song before Puffy got there. He was saying “We’ve got to get outta here before P. Diddy gets here because if he comes in, we’re here all night, he’s literally going to make us work on this song all night!” So we went in and in a couple of takes he nailed it, we mixed it, packed up and we were out. If Puffy would have showed up we would have been there until 8:30 the next morning! So it was cool, that was a great song.

YKIGS: Just one more and that’s my favorite Vivian Green song, “What is Love?”

ER: Oh mannnnn. A good friend of mine Osunlade, who we did “Emotional Rollercoaster” with, he had this amazing track. I remember sitting on what was probably a Saturday night, I love writing songs on a lonely Saturday night, lonely Fridays and lonely Saturdays. Vivian was going through some times, I remember she was dealing with some guy and she would come in the studio and we would talk for hours, then we would start the music and that’s how it would work. I remember a Saturday I had an idea and I just wanted to go into the most desperate moment but like “What Is Love?” I was thinking maybe I’m not supposed to know, but I don’t care, if this is not love, I’m happy with what it is, if it’s not working perfect but it’s still working then I’m just satisfied. I kinda wanted to be in that lane and I remember the next day I hadn’t written the whole song but I left it open for her, and she was listening to it and I got no read on how she felt about it! Then after a few moments of silence, she just burst out and said “I want to sing this song!” so we sat down and we finished the song. I’ll tell you one of the biggest honors was I was at one of Vivian’s shows a long, long time ago and she was doing a show with Musiq and Dwele at Howard homecoming. I was in the crowd surrounded by people and that night I think six of my songs were performed. I remember when “What is Love?” was performed and I was surrounded by women who were singing along and crying because they were feeling it! It was such a complement to just be the fly on the wall and witness the power of a song. If you notice with that song and a lot of my songs I try to make sure there’s not a happy ending. “What is Love?” does not end happy, “Still” doesn’t end happy. It’s not that someone’s jumping off of a bridge or anything like that, but it’s amazing with those songs that people can resolve their issues in something that they can relate to. These are songs about hurt, people can relate to them, so just relating to them helps people heal. I think that’s the beautiful thing about “What is Love?”

YKIGS: Thanks so much for sharing those stories with me, I love the history behind the songs!

ER: I love doing that!

YKIGS: Who is an artist that you’d like to write a song for or collaborate with that you haven’t had the chance to work with yet?

ER: So many, so many. I’m a big Bill Withers fan. The fact that he’s doing music again I’m excited that one of my dreams can come true because for awhile he had stopped doing music. I love Erykah Badu. I probably would rather just be in the studio watching her create than even collaborate; I would just love to see how she comes up with these amazing songs. Louis Taylor from London, one of my favorite artists, unfortunately he’s retired now, but I would love to just do a little jam session with him. There are too many to name. Everybody in my cd collection that I haven’t worked with, I would love to either write with them or I would love to just watch them write. I would love to see Prince with a pad and a pen coming up with lyrics, that would be the greatest honor. Like how did he come up with “Raspberry Beret”? It’s crazy.

ER: I think it can. I don’t know if there is ever a timeline. I think with hip hop I remember when hip hop was frowned upon and I also remember us kids grew up listening to hip hop and we were working on our demos and we wanted to put hip hop drums on our music and they told us that wasn’t going to work, it was a big clash. I think it can and it will. Good melodies at the end of the day always strike a chord in people’s hearts no matter what age and what genre you’re into. As much as I’m a hip hop fan and love the art of combining words, I’m also a sucker for a vulnerable hook, that one that every time it comes on you’ve got to sing along to it. One thing about soul music that it’s gotten away from a bit is it’s always been the soundtrack of the times and really hip hop has taken that now and it’s literally music about your community. A lot of times now it’s about how you show off in your community, but it’s still about your community. Soul music was the soundtrack of slavery, it was the soundtrack of the civil rights movement, it was the soundtrack for wars. Those guys walking into wars were singing something from their hearts to give them courage to do what they were about to do. Before we defined it the way Al Green did it, that was soul music, you can’t tell them that wasn’t soul music. To me I think if we kinda get back to singing about where we are at in life, I think at the same time it can have another big impact say in the 70’s and the late 60’s.

YKIGS: Tell me about what you’re currently working on. I know you’re always touring, you’re out here in New York at least once a month. So is a new album in the works?

ER: Yes a new album is in the works. It’s pretty much done, it’s called “Mr. Nice Guy” and it will be out August 23rd and I’m quite excited about it. Right now the biggest problem is we have too many songs and we have to cut it down, so me and my staff and my friends are in heavy debate right now like “What do you mean we’re taking that song out! That one is staying!” So we’re just trying to figure all of that stuff out, and that’s always a fun time. But I really enjoyed making this album and I really look forward to letting people hear it and see all of the new stories that may come from that. More tours as well, we don’t really stop!

ER: I just appreciate you taking the time to interview me. I like your polo shirt as well! Just look out for the album and check out EricRoberson.com you can check out everything on there.