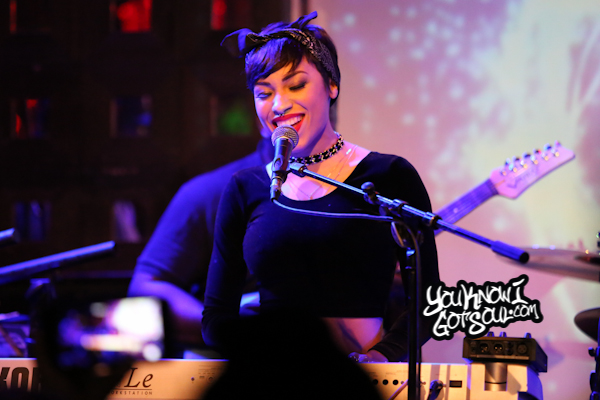 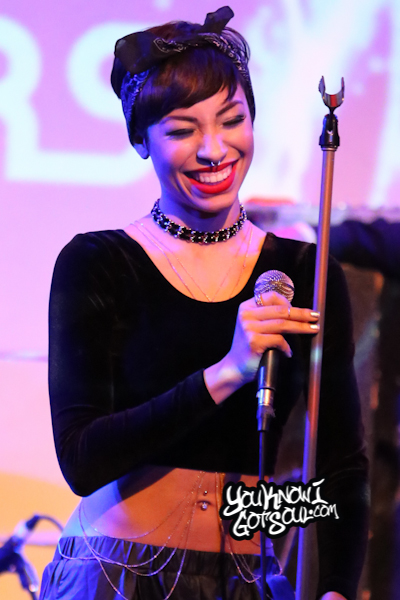 It’s always exciting for me to come across an artist who is an “old soul.” In my opinion, having an appreciation for music that came way before your time helps to shape an artist and bring us something very unique and dynamic. Karina Pasian is definitely an old soul and succeeded in bringing us something unique on her debut album “First Love.” Not only that, but from the ripe age of 16 she has shown herself to be a leader in her generation by not shying away from touching on sensitive but important issues teens deal with. In a day and age where the radio is dominated by many of her peers using gimmicks such as auto tune to create a catchy jingle, it’s so refreshing to come across a true talent who believes in creating real music. These artists don’t come across too often, so we need to embrace and recognize talents like Karina. In this interview, we discuss the plan her father had for her in a career in music, singing about subject matter that her peers stay away from, what to expect on her upcoming second album, the growth we can expect to hear between albums, lessons she’s learned in the industry, and much more.

YouKnowIGotSoul: I was reading in your bio that your first language was Russian. So what drew you to r&b music?

Karina Pasian: *Laughs* My first language yea was Russian, but it’s not like I was just involved into Russian courses and Russian music. After Russian, I spoke Spanish and then I spoke English and then I went to a classical school from kindergarten to eighth grade and just the types of kids. So I guess the whole thing that drew me into r&b and soul is my dad playing a lot of different types of music from jazz to r&b to The Beatles to Stevie Wonder to Ray Charles, everything. So I just loved the feeling, loved the emotions in r&b and soul that you can just feel in the music. So that’s something that really drew my attentions towards it.

YKIGS: Yea I can definitely feel you on that. I was reading that from the age of three you began taking piano lessons. What kinda drew your interest to do piano lessons?

Karina: Well I had a babysitter who actually was a piano teacher so my dad and my mom just wanted me to take piano lessons and also dance as well. My dad had the vision before I was born that I would be a singer, I would learn piano, I would learn how to dance, so it was basically just my dad who put me into all of that since I was young.

YKIGS: Let’s talk a about your debut album. I was reading that you recorded over 50 songs for that album. What was the decision making process like for picking songs that would make the album and how were you able to choose?

Karina: It was so hard and there were so many songs that I loved that didn’t make the album. I guess it was just narrowing down to see what songs fit with the concept and just the songs that I felt would be right for the album. So we just kept narrowing down and narrowing down and I’d have to say it was really hard. I’m going to have to go through that again now with my second album. *Laughs* It was still a great process to have a lot of songs to choose from instead of having too little, it was a good problem I guess. *Laughs*

YKIGS: You worked with hit writers like Ne-Yo and The Dream on the album. What were you able to pick up from working with them?

Karina: Just the discipline of working in the studio and how much effort they put into it. Even though they put a lot of effort into it, it seemed effortless at times when I was in the studio with them. It’s just amazing to see people so gifted to come to create in the studio. I learned to just let it flow and not to try and force anything. If you’re trying to really force it then obviously it’s not supposed to be that way, so just let it flow and really just do what you feel.

YKIGS: I’ve seen you perform “Slow Motion” a lot live from videos online and that seems to be a fan favorite. Tell me what that song means to you and give me some background on the song.

Karina: Gordon Chambers wrote the song and Barry Eastmond produced it, and he also produced something for my second album as well, just to get that in there. *Laughs*That song definitely has a lot of meaning to me especially because I was about 15 or 16 when I made that song. It’s just a message that is so powerful and that I felt a lot of young girls feel like they have to be pressured to do certain things that most guys usually try to get out of them. So it’s just something that I wanted to express and really get out there so that girls don’t have to feel like they have to. They should know it’s all on their time, whenever they feel they are ready to have a relationship or talk to guys or anything, it’s all on you, you don’t have to do it. That’s what I go by as well so that song means a lot to me and it’s amazing how that’s the song that seems to be the favorite off of the album, I just love that song so much.

YKIGS: That’s something I picked up in listening to your debut. On songs like “16 @ War” you were touching on subjects that people your age didn’t really talk about in music. What made you want to take the lead and talk about those things?

YKIGS: Your debut album featured an all-star cast, received rave reviews and was nominated for a Grammy, but that didn’t translate into sales. What do you attribute that to?

YKIGS: I’ve heard comparisons of you to a young Alicia Keys and some other artists. Does that put pressure on you to perform and be even better?

Karina: I wouldn’t say it would put pressure, I would say it would make me want to show everyone what I’m capable of and why I am who I am. I love that comparison though because I look up to Alicia Keys like crazy; she’s an amazing, talented person and musician. *Laughs* So yea I wouldn’t say it puts pressure on me, I would say it’s a great comparison to have being that I’m so much younger than her.

YKIGS: Do you feel someone like yourself who is very gifted and has a very talented voice might not get the recognition you deserve in favor of less talented artists who are mainly known as eye candy?

Karina: Sometimes. It’s a different generation because sometimes I feel like I was born into the wrong generation. I have such an old soul. *Laughs* When I think about it that I just love real music, raw vocals, live music, and nowadays it’s auto tune and all of that stuff. It seems to be popular now but I think people are still waiting for that comeback. I mean Jazmine Sullivan is doing it and there are still a lot of people who are sticking to real music. So sometimes I don’t feel like I get the recognition I deserve but I know I have a lot of fans who love the music that I do and I know there are people that listen.

YKIGS: Just as someone who loves r&b and soul music myself, it bothers me when I see some of these artists on TV who I know aren’t talented in favor of some who I know really can sing and just can’t get the shine they deserve.

Karina: I mean I wouldn’t say they aren’t talented because everybody is their own person. So everybody is great at what they do.

YKIGS: So it’s been nearly three years since your debut album, talk to me about the current project you’re working on.

Karina: I am so, so excited with my current project. I’ve been working so hard on recording and I’ve actually been writing and recording in the span of two years, and I’ve got involved in the writing process this time. I’ve worked with a lot of talented people and it’s just coming together so perfectly. At first the sound was all over the place, but then I decided I needed to narrow down on the sound I really wanted for this album. It’s coming together perfectly so I’m so excited and I really can’t wait for everybody to hear it!

YKIGS: Do you have a title picked out for the album?

Karina: No not yet, I actually was thinking of naming it “Perfectly Different” after a song that I have but I’m not sure yet.

Karina: Sometime this year, I’m going to speak it into existence because I want it to come out this year! *Laughs*

YKIGS: Are you going to be collaborating with anyone on this album?

Karina: I’m not sure, I really want to, I was thinking about Miguel or B.O.B., Bruno Mars, so hopefully it will all come to fruition.

Karina: Hmmm…I haven’t been asked that question. I guess the fact that it’s really hard when you think about it. A lot of people like to think about this career as an easy career or it’s all glitz and glamour, we just get to take pictures and do whatever. Know that it’s a lot of hard work and that’s something that I definitely learned while doing my first album. It’s just a lot of hard work. *Laughs* So I’m prepping myself for that this time around. I’ve been just doing studio, I haven’t really been doing promo, so when that comes it’s a lot of hard work.

YKIGS: You mentioned you were getting involved in the writing process more on this album. Can you explain the growth in your sound fans can expect between this album and the last one?

Karina: I would say it’s definitely more mature and it’s a lot more raw and I would say organic, the feel to my vocals and just the lyrics, everything is I would say so truthful and raw. *Laughs* That’s the best way I can describe it.

YKIGS: That’s all of the questions I had, is there anything you’d like to add?