The Story of How Mary J. Blige’s Song “My Life” Was Created 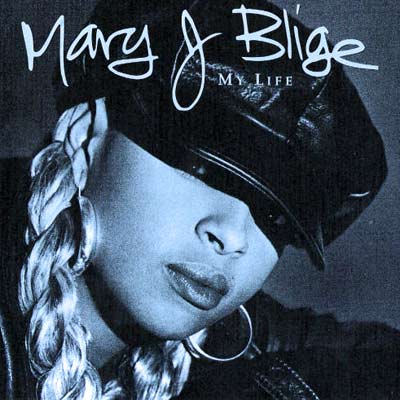 On her sophomore album “My Life” back in 1994, Mary J. Blige released five singles which included the title track as the final inclusion. The album is widely considered to be Blige’s best to date, and it proved to be a second consecutive successful effort working with Puff Diddy and the Hitmen production team (her debut “What’s the 411” released two years earlier). Included in that Hitmen production team was Chucky Thompson, who revealed to us in an interview last year that he was only contracted originally to do one song and one interlude; Chucky eventually went on to produce over half of the album. Here’s the story of how the track “My Life” came together.

Chucky Thompson: To be real, that is one of my favorite records from her because I was actually experimenting. I was already working on that record and when I first signed with Puff, we were working out of his house in Scarsdale, NY. Like I said, as time went on, I would just play certain things. He was in the house, I was there, I think BIG was there, and I just played it. He was like “Yo, I was just thinking about that song!” *Laughs* my thing is, when you coming from DC, I was coming from a Go-go thing, live music, that’s my background. At the time, I used to be at all those Go-gos back in my era, I’m talking about High School. When I did the Roy Ayers record, I was acting like I was Roy Ayers *Laughs*. I was on my own page with it, I was experimenting. I played it for Puff and he loved it, he played it for Mary and she loved it, it just came together. We just left her alone with the lyrics and I didn’t know she was going to write something like that; it just blew out minds the next day when we listened to it. She was on a whole other page and that what was needed at the time. That’s how that record came to life; it was one of those experiments that actually worked.