The Story of How Playa’s Song “If U Scared, Say U Scared” Was Created 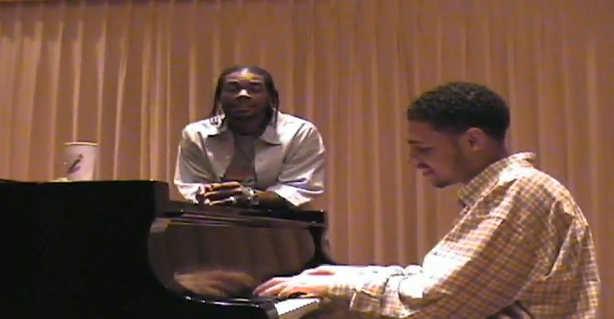 Though this song was never actually recorded in the studio by Playa, it has become a phenomenon amongst music fans. Not only does it showcase the true talents of Playa, but the song was also sampled by Drake on the track “Look What You’ve Done” off his new album “Take Care”.

Smoke E. Digglera (Smokey of Playa) reflects back on the video and let’s us know how the song came about

Smoke E. Digglera: “It was just another day in the life of Playa. A lot of our songs originated from the piano. We would go back to the piano and just sing. Sometimes I would hit some stuff and we would create something new out of it, but that particular video, that had already been created and we were just back there singing. We were just back there doing our thing on the piano and going through all the stuff that I knew how to play that we had wrote and put together. We just went for it singing “If U Scared, Say U Scared”. We didn’t really have any words for it. We were back there freestyling. We knew the hook, but we didn’t know the verses yet. We just put the song together. We were just vibing together. That’s just what we did on a daily. We always vibed together. That’s one of the key reasons why we had such a great blend vocally as well as a great blend as a group.”