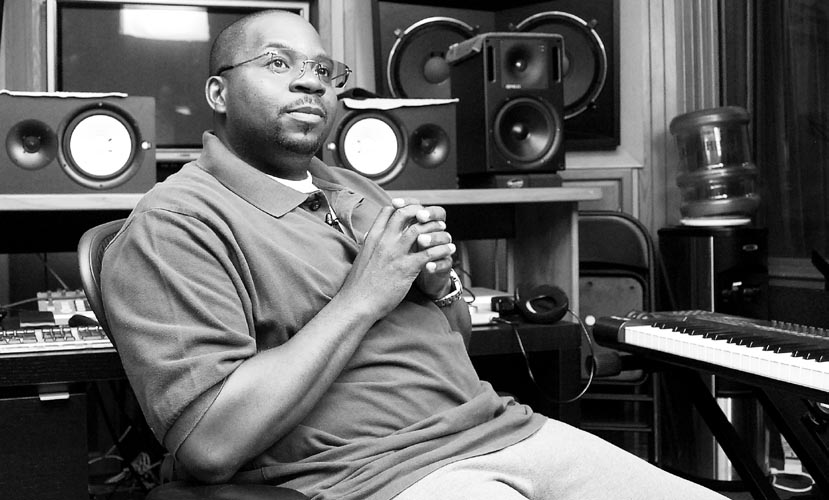 When we put together our top 25 songs of 2010 list last year, the name that showed up as having a hand in producing the most songs on there was none other than producer Mike City. He’s not new to the game, in fact he’s been around for years consistently producing timeless hits for some of the best r&b jams over the past decade. One talent that also sets him apart from a lot of other producers is he’s also a very talented writer who’s had a hand in penning many of the hits you’ll find on this list. Oh yea, we also have a lot of respect for him since he was one of the first producers to show us love and bless us with an interview. Check out our list, and once again let us know where you agree or disagree. Please note, we tried not to duplicate artists on here, so that’s why we were forced to leave off some of the great work he did with artists like Carl Thomas and Sunshine Anderson.

It pains me to say it, but this song released nearly a decade ago and we’ve still never had a proper solo album from Rell. Mike City also did another great song with Rell for the same album, “Say It Aint So”, which we discussed in the interview.

This timeless collaboration not only appeared on Anthony Hamilton’s “Soulife” album, but also appeared on Sunshine Anderson’s debut album “Your Woman”.

Mike produced this track along with “Lust or Love” for Donell’s “Journey of a Gemini” album. This song is single material and I always felt it would have done very well if released.

Mike City on “What’s Not to Love”:

2000 was a good year for Mike City as he saw his work chart for the first time, including Dave Hollister’s “One Woman Man”. On the same “Chicago ’85” album, Mike also produced “Keep on Lovin'”.

I know when this song dropped back in the day, a lot of men definitely vibed with the lyrics on it. In the years to come, Jimmy Cozier hasn’t been able to match the success Mike helped him find with this track.

Mike City on “Lay With You”

Mike City: Oh man, oh my God! Now with El DeBarge it’s funny because I know a lot of people that know El, but I never knew El out here, I never met him or anything, and we just instantly clicked. It’s just one of those sings where here’s an iconic dude that in high school everybody skipped class to go see DeBarge play at Great Adventure. *Laughs* You talk about that and then I’m in the studio with him doing a joint, I got three songs on the album, I got more than anyone on the album actually, maybe it’s me and Jam & Lewis. So I did three songs on the album, and then the single. A friend of mine Erika Jayne, she wrote the joint and it just came out crazy. It’s a blessing man.

Mike on working with Sunshine:

Mike City: We were just having fun. In the studio, like with me and her, we were like sister and brother, we were arguing, but it was all love though. We would literally argue, but it wouldn’t be like no bad blood, it wasn’t like that, it’s just that I know she’s a perfectionist and everything. At the end of the day, I let her do what she needs to do, because I know she knows her instrument, her voice is like an instrument foreal. It was a beautiful experience man.

Mike City: When I wrote the song it was a true story to the letter, everything about it was exactly true. Honestly it was my record, it was my joint but my man he was like “Yo, my man Carl Thomas need a joint, you should let him get these joints.” I’m like you know that’s cool and everything, let’s see what happens. That was basically like the last song on the album, and I’m like cool let’s get on the album and everything. It’s just one of those things man, a lot of people don’t know, even though I had met Puff before that, the first time I was up in Daddy’s House, before we got to know each other, I was basically kicked out of the studio. *Laughs* And this was within two weeks of me cutting “I Wish” for Carl Thomas.