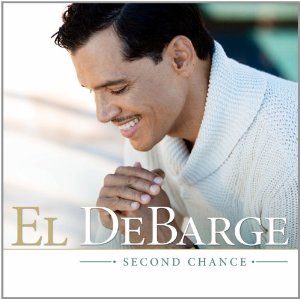 El DeBarge enjoyed success in the 80’s as part of the family group DeBarge and sought for greater heights as a solo artist, following advise from original “Music Mogul” Berry Gordy. After hits such as “Rhythm of the Night,” “Who’s Johnny,” “Stop! Don’t Tease Me,” and “I Like It;” El faced a string of legal problems that overshadowed his career. In 2008, El was sentenced to a 2 year bid in Federal Prison for possession of narcotics, drug paraphernalia, and breaking probation. During his time in jail, El reflected about his life, got rehabilitated and upon his release; he made an amazing return to the music business. “Second Chance” enjoys production efforts from Mike City, Babyface, and production duo extraordinaire Jimmy Jam and Terry Lewis just to name a few. The album definitely has a nice blend from beginning to end and its a great example of how R&B is coming back to the forefront. with a Grammy Nomination, Tours, and a new album in the works; 2011 looks like a very promising year for El DeBarge.