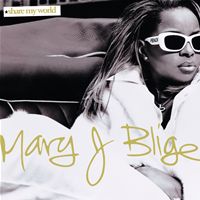 Mary J. Blige has covered classic soul artists from Aretha Franklin to Rose Royce.  “Our Love” is a cover version of Natalie Cole’s 1977 hit that appeared on Mary’s Share My World album.  The song was produced by James Mtume (whose group Mtume is known for their song “Juicy Fruit.”)

The original version released in 1977 reached number one on the R&B charts.