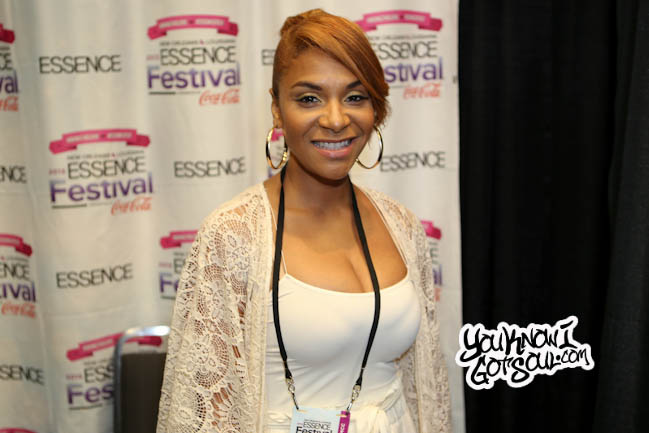 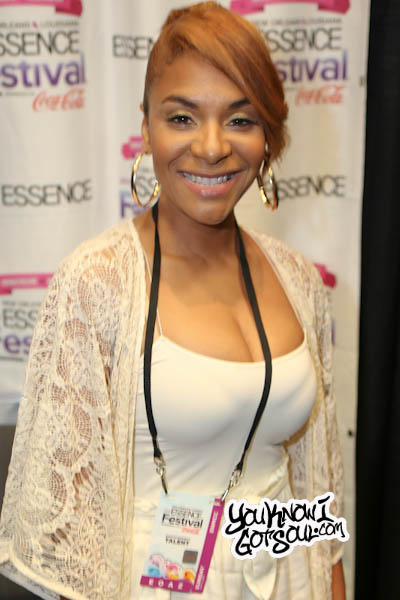 The journey to Teedra Moses’ sophomore album “Cognac & Conversations” has had plenty of ups and downs, but it’s on the verge of arriving. She’s been able to sustain her career over the past decade off of the strength of her debut album “Complex Simplicity”, her various mixtapes and EP’s, and of course her fan base who supporter her no matter what. It’s an exciting time for her now as she gets ready to introduce us to the next chapter of her career. YouKnowIGotSoul caught up with Teedra Moses prior to her performance at the 2015 Essence Festival and discussed what to expect on “Cognac & Conversations”, her duet with Anthony Hamilton, the emotions she’ll feel when the album releases, and how she knew it was the right time to release the project.

YouKnowIGotSoul: You’re finally getting ready to release your sophomore album called “Cognac & Conversations”. Tell us about the project.

Teedra Moses: “Cognac & Conversations”, finally I have a sophomore album. Before I say that, I want to say thank you so much to YouKnowIGotSoul for always supporting me through everything. The album is the next step after “Complex Simplicity”. I know it’s been a long time since I was able to come out with a proper album, but I had to slow myself down and not jump ahead of where my audience might be. The last official album they heard from me was “Complex Simplicity”. I was very optimistic around that time because I had so much bad things going on in my life. Death, separation, pain, and I thought I could go nowhere else but up. I figured out there were more lessons to learn, and I figured that out on “Cognac & Conversations.” Especially in love, I’m not really good with that thing and I think that’s why a lot of people like my music because a lot of people aren’t very good with it. We have Rick Ross featured on two records, one is “All I Ever Wanted” as well as the title track. “That One” which is available if you pre-order the album, features Anthony Hamilton. It’s a good project and a cool vibe. I don’t want to kick people in the face with my music, I’m just vibing. It’s a very cool vibe.

YouKnowIGotSoul: How did the Anthony Hamilton collaboration come together?

Teedra Moses: We’ve been cool for years. We see each other in passing and respect each others talents. He’s a really down to earth person and I get a long really well with those types of people because I am too. We decided we would just do it. I was very close to closing the album and I hit him up and said I had a one week deadline for him to the do the record, but he went in and did it and knocked it out. We both really appreciate the record and we were both really excited to do the video. It’s just a really good energy.

YouKnowIGotSoul: How did you know this was the right time to finally release your sophomore album?

Teedra Moses: I always say God is the A&R for me. Sometimes I think this is what I want and it just doesn’t pan out. I have to end up doing this or sometimes I feel like this is not something i need and then it ends up in some kind of way becoming something that I end up having. I can’t really tell you what the process is, because it just always falls together, it’s so weird. It becomes what it’s supposed to be. That’s indicative of how I live my life. I plan a lot, those plans don’t always come together! Just even the journey of getting to this album, it’s all been God’s work. I hate to be super holy, because everybody knows I smoke and drink and all of that stuff, but really my life is like that. It just comes together how it’s supposed to come together and that’s how this album came together. From the first song to the last song, it told a story that I was trying to tell and didn’t even know how to put together. But the story panned out.

YouKnowIGotSoul: What will our emotions be when the album finally releases?

Teedra Moses: I can’t exactly tell you what I’m going to feel then. At this point I feel gratitude. You know I work with very little. People put together videos for the amount of money I put together an album for. I’ve been blessed with all of the best mixers and producers and features. So much help has come my way that I didn’t have to financially pay for it and a lot of favor. I’m grateful. I would assume that when it comes out, I’m going to feel overwhelmed. Sometimes I have these little crying fits where I’m just so happy because I didn’t quit and I could have. That’s not anything of my own strength. I would have to say that comes to the people that are fans of the music that would not let me give up. They kept pushing me and encouraging me. I just think I’ll feel grateful.

YouKnowIGotSoul: You’re from New Orleans and here performing at the Essence Festival. What does it mean to you?

Teedra Moses: The Essence Festival is so awesome to me for more than one reason because it’s a festival that has supported my city before Katrina and after Katrina. I’m from this city so I appreciate it, it brings work to this city that even with a lot that’s going on that’s good since Katrina, there is a lot of bad and poverty. When you can bring money into this city it’s always a good thing. Also, my family is going to be here, so I’m performing in front of family who doesn’t get to see me in New York and DC. It’s a festival that’s about the kind of music that we make and we don’t have a lot of outlets like this. For them to tap me to be a part of it in 2012 as well as this year, I feel honored and I’m very grateful and appreciative.

Teedra Moses: I’d love to add that August 7th, “Cognac & Conversations” is out. Please go and get it. I’m always so grateful to YouKnowIGotSoul for always, always, always supporting me with or without a label or an album, I’m very appreciative.