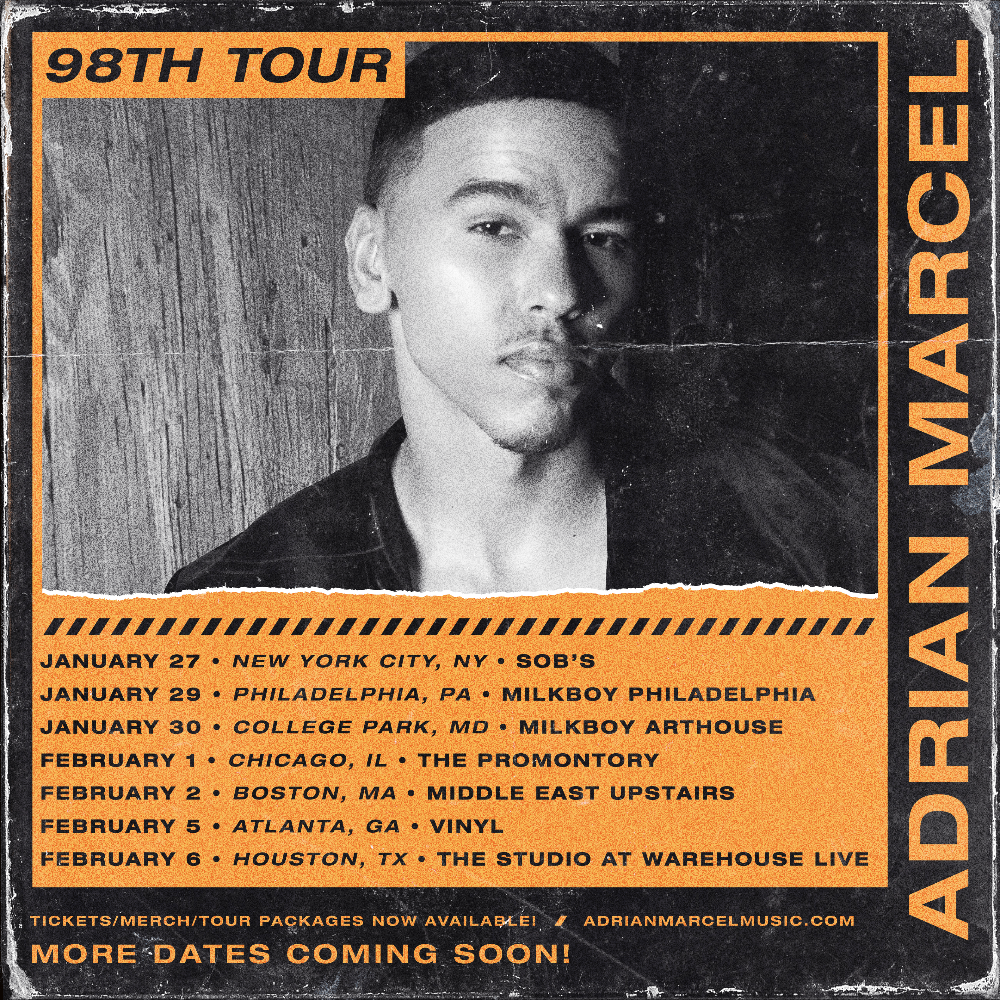 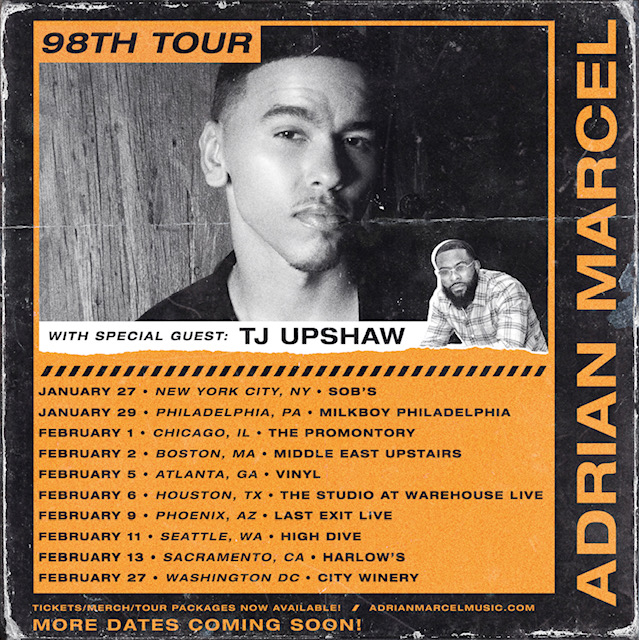 R&B star Adrian Marcel has just announced his upcoming “98th” tour. The tour will kick off in New York City on January 27th at SOB’s, and will make stops in Philadelphia, Chicago, Atlanta, Houston and more cities to be added. He adds about the tour:

“I’m extremely excited to announce that I’ll be hitting the road for the “98th” Tour 2020 this January and February, performing my latest album and fan favorites. With this
tour I’ll be bringing the same raw nostalgic R&B/Soul vibes that my fans are familiar with. “98th” is a very special to me and a represents my true organic self and is the block I grew up on in Oakland so I’m ready to bring that to this new live stage experience.”

The tour comes on the heels of Marcel’s sophomore album “98th, which was released May 2019. The project was led by the hit single “Slow Burn” which landed in our Top 100 Best R&B Songs of 2019.

Following the release of the album, Marcel also gained his acting debut & leading role as James DeBarge in the TV One film,
“The Bobby DeBarge Story” which aired on in June.

More dates will be announced soon, including Los Angeles and his hometown Bay Area.