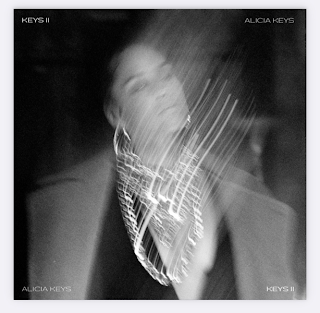 Legendary artist Alicia Keys has just announced she will be releasing a deluxe edition of her latest album “Keys” called “Keys II”.

The updated version of the album will release on August 12th and will include two new songs featuring Brent Faiyaz and Lucky Daye respectively. The deluxe edition will also feature two remixes of the superstar’s hit song “In Common” which has never appeared on an album previously.

Coinciding with today’s announcement, Alicia released the new music video for “Come For Me” which you can watch below.

The new guest appearance from Lucky Daye will be on the song “Stay” (Originals) while Brent Faiyaz will appear on “Trillions” (Unlocked). “In Common Black Coffee Remix” and “In Common Kaskade Radio Mix” give fresh new spins on a fan favorite hits to round out the extended track list.

As with the previously released version KEYS listeners will be treated to a dual, one-of-a-kind sonic experience – the originals side contains songs that are quintessentially Alicia, reminiscent of the ground-breaking soundscape that everyone has come to know and love since her debut.