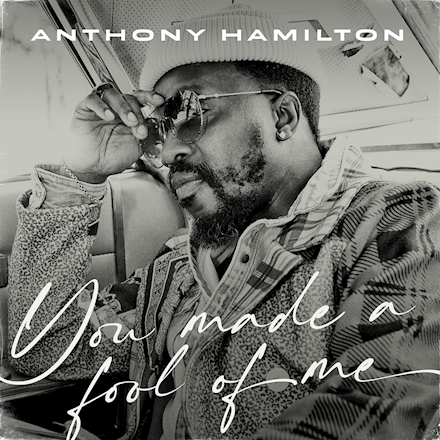 Anthony Hamilton is back with his new single “You Made A Fool Of Me”. The song is produced by legendary producer Jermaine Dupri who originally signed Anthony to his label So So Def back in the day for “Comin’ from Where I’m From”, “Ain’t Nobody Worryin’”, “The Point of It All”.

The pair actually haven’t collaborated full time like they did this time around as JD exclusively told us told us that they’re working on a joint album together:

“We are trying to put the character back into R&B. The thing that’s happening in R&B, you can tell before it’s happening. Right now, they seem to automatically know what they are going to get out of R&B as opposed it coming like a curveball. That’s why this record is a curveball, y’all didn’t expect it to happen. People are not going to expect it. You have to do stuff like that, so people can start thirsting for the genre again as well as understanding the character of it”.

This is Anthony Hamilton’s first official project since the release of his 2016 album “What I’m Feelin'” which was released on RCA. Anthony is now an independent artist, so it’ll be interesting to see what he does with this new project with JD.