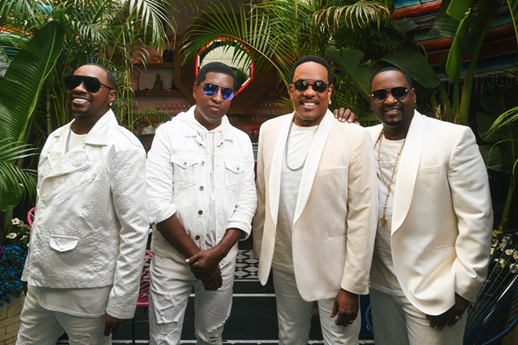 The King of Adult R&B Charlie Wilson has returned to his throne as he’s just reached the #1 spot on Billboard’s Adult R&B Airplay chart. He gets to that point with his latest single “No Stoppin Us” featuring K-Ci Hailey, Johnny Gill & Babyface.

The honor once again makes Wilson Billboard’s Top Adult Male R&B Artists with the most No. 1’s ever on the chart. The song makes additional history as Billboard’s first song ever with four credited artists to reach No. 1 on the chart.

A further honorary footnote to this accolade is that the accomplishment gives founding Jodeci member K-Ci Hailey his first number one song as a solo artist.

Each of the four artists are managed under P Music Group who is promoting the record, which was released via the Parandise imprint, giving the label its first No. 1 song & P Music Group its eighth No 1.