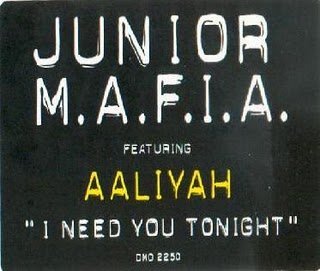 “I Need You Tonight” is a single released by the Notorious B.I.G.’s group Junior M.A.F.I.A. What few people don’t realize is, the album version of the song actually features Faith Evans, while the video version of the song has Aaliyah in it. For their platinum debut album “Conspiracy,” Biggie is featured on four of the tracks and also contributed to the production.