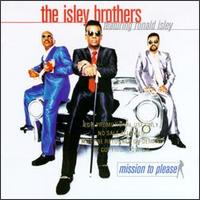 Don’t you miss the days when the remix was just as good, if not better than the original version of the song?  There were some great R&B remixes during the 90’s and Bad Bad was responsible for a number of them.  Puff Daddy and Stevie J. put their stamp on this remix to The Isley Brothers’ single, “Floatin’ On Your Love.”  With the addition of 112 and Lil’ Kim, this Bad Boy remix helped to popularize Mr. Biggs and the legendary Isley Brothers amongst the 90’s generation.  You can hear Kelly Price in addition to 112 on the background vocals, as they both provided the vocal arrangement for this remix.