Did You Know Faith Evans Wrote These Songs for Other Artists in the 90’s? 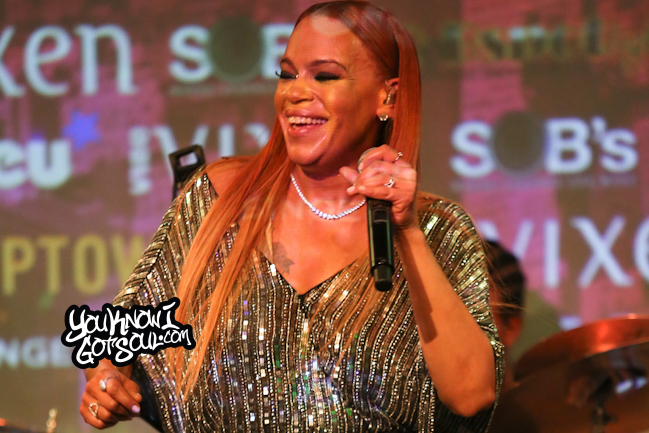 When you think of Faith Evans, there is no doubt you immediately think of her legendary career and outstanding vocal abilities. You’d probably even think about many of the timeless hits she’s given us over the years including “Soon as I Get Home”, “Love Like This”, “Never Gonna Let You Go”, “I Love You”, and “Again”.

One aspect of her talents which she often does not get credit for is her songwriting abilities. In addition to being the songwriter behind many of her own hits, most overlook the fact that Faith Evans wrote songs for many other artists in the 90’s as well.

We thought it would be interesting to take a look back at some of the songs she helped create as another way of celebrating the legacy of Faith Evans. Let’s see how many of these songs you knew she was involved with.

<a href=”https://youknowigotsoul.com/category/top-10-lists”>Click Here to check out all of our Top 10 Lists.</a> Click any of the song titles to hear that song. Click Here for our exclusive feature with Faith Evans where she picks her own Top 10 Best Songs.

Usher – Think of You

This song was the second single released on Usher’s self titled debut album in 1994. “Think of You” was co-written by Donell Jones.

Tony Thompson (of Hi-Five) – I Know

This album cut was also written alongside Mary J. Blige from Case’s debut.

Faith penned this album cut for the debut album from labelmates Total.

Monifa – I Miss You (Come Back Home) (Remix)

The remix to Monifa’s hit single “I Miss You (Come Back Home)” was written by Faith Evans. This version featured rapper AZ and was also included on Monifa’s debut album “Moods…Moments”.

Puff Daddy enlisted his artist Faith Evans to write this song for Soul for Real’s second album “For Life”.

Color Me Badd – On My Mind

Tevin Campbell – The Only One for Me

Faith contributed writing to this song which appeared on Tevin’s final album.

–LSG – All the Times – Faith Evans was featured on this song alongside Coko of SWV and Missy Elliott from the Levert.Sweat.Gill album. She also had a hand in penning the song.