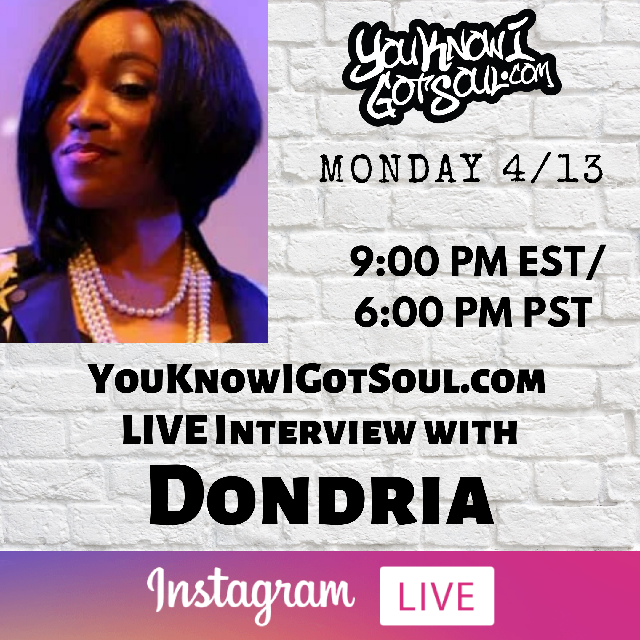 We recently had a chance to catch up with Dondria for an interview on Instagram Live.

During our conversation, she talked about the new music she’s been releasing including latest singles “Take You There” and “Haunted”. She also touched on what to expect on her upcoming EP “Perspective”.

Dondria then talked about the approach she’s taken over the years to releasing EP’s and Mixtapes as opposed to just putting out another album. We also asked about the music she had created last year with her original mentor Jermaine Dupri.

The discussion turned to how Dondria originally was a YouTube star but still has been able to maintain longevity. She touched on how she’s never given up after all of these years.

Finally, we had a chance to have Dondria revisit her debut album “Dondria vs Phatfffat” and share her memories of creating that project.

Check out what she had to say in the video above!