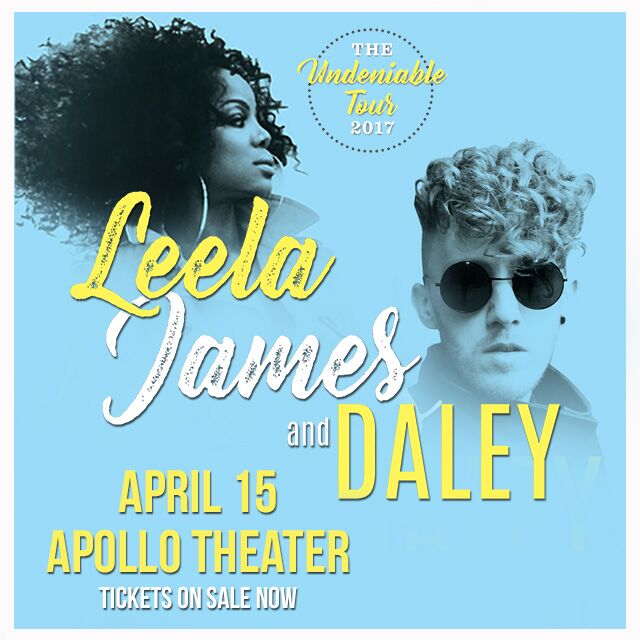 Soul star Leela James will be performing at the Apollo Theater with special guest Daley on 4/15, and we’ve got your chance to win a pair of tickets!

The singer is bringing her headlining nationwide tour in support of her sixth studio album Did It For Love (out March 31st) to NYC’s Apollo Theater. The album’s first single, “Don’t Want You Back,” is already top 5 on the Urban AC charts and continues to rise. All this on the back of her critically acclaimed 2014 album Fall For You, which featured three top 15 hits including “Say That” and the cultural touchstone “Fall For You.”

Daley meanwhile just released his brand new single “Until the Pain is Gone” featuring the legendary Jill Scott. He also has just unveiled the official video.

In order to win a pair of tickets, simply share this post on any of your social networks. We’ll choose a winner a few days before the show. Good luck!

Tickets are also available for purchase now. You can view them here.