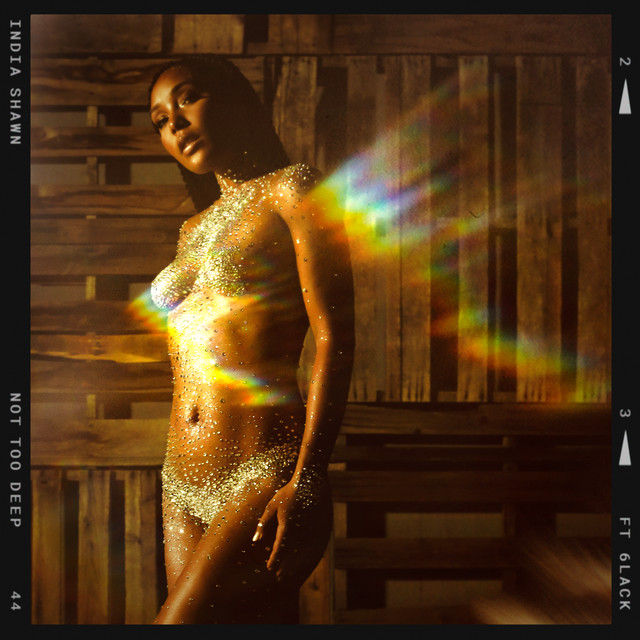 We’ve long been admirers of the music of India Shawn and are excited that she’s returned with not one but two new singles. Not only that but these releases come via her new deal on Epic Records.

The singer gives us the new songs “Cali Love” & “Not Too Deep” featuring 6lack which marks her official debut music on Epic Records.

The music is exactly what we’ve come to expect from India Shawn for over the better part of the past decade; angelic vocals mixed with progressive and fresh production. The songs set the tone for her upcoming EP which should be out soon.

India Shawn added about the songs:

“As a SoCal native, I couldn’t see myself calling anywhere else home; I just haven’t had great luck dating here. In ‘Cali Love,’ I’m asking, ‘Where do you find a true love in L.A.?’ When I wrote ‘Not Too Deep,’ my head and heart were in the admiration, appreciation, and simplicity of newfound love. It reminds of one of my favorite Osho quotes, ‘If you love a flower, don’t pick it up. If you pick it up, it dies, and it ceases to be what you love. So, if you love a flower, let it be’.”

We had just seen her pop up recently while being featured on Musiq Soulchild’s group Lumi Trice new single “PDA (San Diego)”.

Of course we could not do a write up without mentioning her amazing duet project with James Fauntleroy called “Outer Limits” from 2015. Things all started for her back in 2012 with the debut album “Origin” which originally caught our attention. We’ve been captivated ever since!