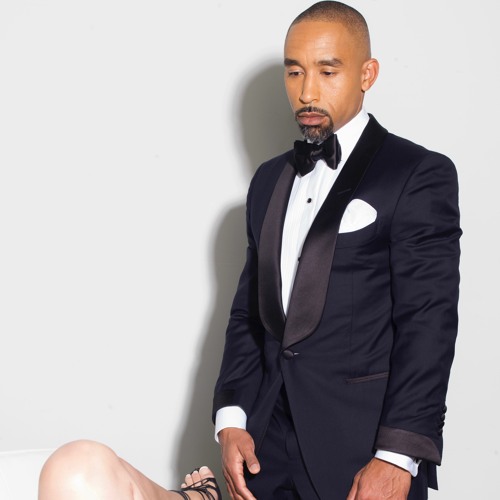 We recently got a chance to interview legendary songwriter Johnta Austin via Instagram Live. During our conversation we had a chance to talk about his songwriting process, his debut album finally coming out, his new EP, working on some of his biggest hits, and much more. Check out what he had to say below!

YouKnowIGotSoul: What is your approach to writing songs? Do you always have in mind that you want a song to be a single?

Johnta Austin: Absolutely. I’m always thinking about the radio or something unique that could make the record stand out. Even if it doesn’t get to be a single. That was definitely the process that Mariah Carey and Jermaine Dupri and I and Bryan-Michael Cox had on the “E=MC2”, we felt that “Last Kiss” should have been a single. We’re thinking about that for sure.

YouKnowIGotSoul: How do you not fall into the trap of pushing for a single driven record that only works for a moment?

Johnta Austin: You’ve got to always let the quality speak for itself. You have to let your truth speak for the song and then the success of it is out of our hands. We turn it over to the people and they tell us if it meets our standards.

YouKnowIGotSoul: Take us back to when you were working with Joe and The Neptunes very early in your career.

Johnta Austin: I was signed to RCA as a young kid. That was Pharrell and Chad working. Joe was coming down and he’d demo the songs. We’d work at Dallas Austin’s studio. This was the same time Boyz II Men would be in the studio next to us with Tim & Bob working on the “II” album. It was crazy to have Joe there as a mentor. I actually lived in his manager’s basement, Michelle Williams, because her sister was the one who helped me get her deal at RCA. I lived in that basement for a month working with Joe everyday. That was cool.

YouKnowIGotSoul: We waited awhile to get this debut album from you “Love, Sex, Religion”. Take us through the experience of being a solo artist.

Johnta Austin: It’s been great. To now have the album out finally after 10 years, it’s great to have realized that dream.

YouKnowIGotSoul: We’ve heard that you and Bryan-Micahel Cox are working on a project together.

Johnta Austin: Yes, the Texas Ranger and Sinatra EP. We’re excited about that and have a couple of ideas laid down. We’re trying to figure out how to vibe from afar with all of the restrictions n place and staying home.

YouKnowIGotSoul: Talk about the “Pandemic” EP you just put out.

Johnta Austin: I’m sitting here in the house quarantined. I should we should do some quarantine love music. Everyone is stuck in the house, and hopefully you’re stuck in the house with someone that you like! *Laughs* I wanted to give you some music you can vibe to. Maybe in nine months we’ll get a whole new generation! We’ll call them the children of the quarn! *Laughs* That’s corny I know.

YouKnowIGotSoul: You were in the studio with Whitney Houston for the song “Call Me Tonight” which you wrote for her. Take us back to that moment.

Johnta Austin: The song was written for Whitney and I sent to it Larry Jackson and Clive Davis and they loved it. We had been trying to make that album with Whitney for about three years and it finally came together. Mikkel from Stargate came down and we cut the vocals on that down here in Atlanta. The rest is history. I did that song which I always heard for Whitney. That’s one of the examples. Sometimes you write songs for people and they end up other places. That song from start to finish I had Whitney in mind, and she got to do it. I got to work with her. Rest in peace!

YouKnowIGotSoul: You mentioned you’re working with Usher and Trey Songz on their new albums. What can you tell us about what you’ve been working on?

Johnta Austin: The new “Confessions” is getting ready to be poppin man! I’m excited about that. Trey, that’s going to be great too. I’m excited about those records. Even the records they’ve done with everyone else. Both of them have some amazing stuff. Trey, Usher. Last month I was in L.A. working with Ella Mai. We’ve got the whole Organized Noise crew back together to do that so that was fun. I was actually recently working with Teyana Taylor. I finished that and we’re going to figure out how I can find a studio to lay vocals down. With being trapped in the house. *Laughs*

YouKnowIGotSoul: How do you approach songwriting now that songs are 3 minutes or less?

Johnta Austin: I still try to do what I can do and fit it all into the capsule. If we maybe not do a B section the way I’d want to. Or start with a verse so we can get everything in that time. I still like to tell full stories and do fully structured songs. That 2 and a half minute thing takes some getting used to for an old guy like me!

YouKnowIGotSoul: Do you think that hinders the art?

Johnta Austin: It can sometimes. But I think it challenges us to get more of it in there. It’s challenging but you can still try to find that magic.

YouKnowIGotSoul: Tell us the creation process behind Aaliyah’s song “Miss You”.

Johnta Austin: Ginuwine and I wrote that song in the parking lot at Lenox Mall! We were in the car and he was staying at a hotel in the area. I picked him up and we had this track. He asked me to pull over. We wrote it right there in the car, and then that was it. He demoed it and wound up not keeping it for his album. That was when we did “All Nite All Day” for the “100% Ginuwine” album. So he didn’t end up using that song. Then Aaliyah heard it and wanted to record it. That was the only one that she wanted to record. She did not want to record “I Don’t Wanna” at first. The deal Chris Hicks made with her at first was if she recorded “Miss You”, she had to record “I Don’t Wanna”.

YouKnowIGotSoul: You were part of the early part of Chris Browns’ career, with his hits like “Yo”, “Poppin”, “With You”. Take us through that section of working with Chris Brown.

Johnta Austin: Marc Buyers who managed Dre and Vidal, he was really close with my manager Chris Hicks at the time. He told me Mark Pitts and Tina Davis had this kid, and they thought I would be great to work with him. We went up to Philly. We met Chris and you could just tell from two seconds of meeting him that the kid was a star. That was one I was not surprised about as far as how big he became. We did “Yo” first. The next day we did “Poppin”. Those two records kicked off things. I was mad that “Poppin” didn’t get a chance to become an official single at the time, but that song has just taken off culturally. The same thing with “With You”. He was huge by then and we worked on the second album. “I Need a Girl” and “With You” were done in the same set of sessions with Stargate. “I Need a Girl” we had originally pitched that to Chris and he didn’t take it. When I wrote “With You”, I wrote that song in 20 minutes. We laid it down and I remember Stargate, who are from Norway, the Jordan’s line, they didn’t understand. *Laughs* I had to explain the culture of people lining up to buy Jordans. Then I went to a restaurant and saw Mark Pitts. I told him “We have your single ready at the studio, go listen to it. Close out your bill, and go listen to it!” 30 minutes later he hit me and said Chris was coming in tomorrow!

YouKnowIGotsoul: What do you remember about creating “Be Without You” by Mary J. Blige.

Johnta Austin: It doesn’t happen like this all of the time. But it’s weird how some of my biggest records were written quickly. That was a 30 minute record from top to bottom. We did it and Chris Hicks went to pitch it at first. The album was supposed to be a greatest hits album. They heard that and Ron Fair told Jimmy Iovine if they don’t put that out they are insane. The rest is history. Ron Fair did the vocals on it and we put it out and never looked back on that one!

YouKnowIGotSoul: You wrote “Sweet Lady” for Tyrese when you were 15 years old. How did this happen?

Johnta Austin: *Laughs* That was just working with Troy Taylor! I was really just trying to write a song. This is how I would talk to a girl. I didn’t know much about girls at that age. It just came together. It wasn’t until a couple of years later that Tyrese wanted the record. We gave it to him.