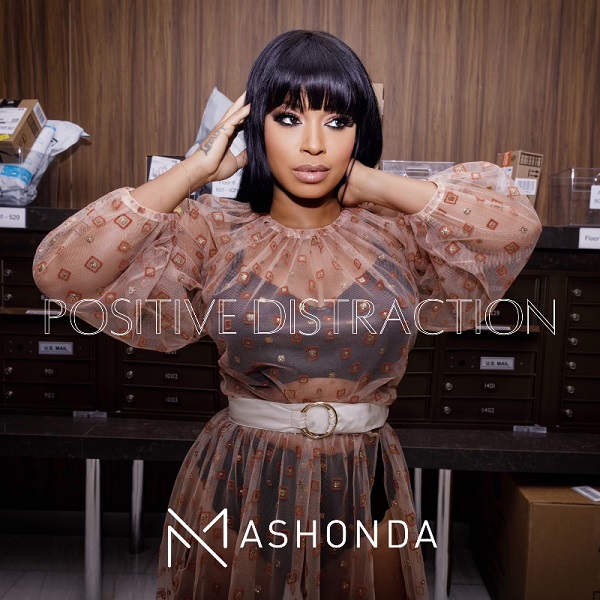 Singer/songwriter Mashonda returns with the brand new single called “Positive Distraction”. The smoothed out summer jam released via her own label Tifrere Music.

The song is set to be included on Mashonda’s upcoming EP “Note To Self” which will release this Fall.

Mashonda adds about the song:

“I wanted this song to be about someone connecting with a person that makes them completely forget about anyone or anything that has ever hurt them. Nothing else matters because this person gives you a whole new life, they rewrite what love means for you, what romance means for you.”

Fans of 1980s pop will love Mashonda’s nod to The Police’s 1981’s classic “Everything She Does Is Magic” which influenced part of the melody of the song’s chorus.

Also included on the upcoming EP will be the song “Forbidden Fruit” which was released earlier this year.

In addition to the music releases, Mashonda continues curating art via her company Art LeadHer, a platform dedicated to empowering women in art.