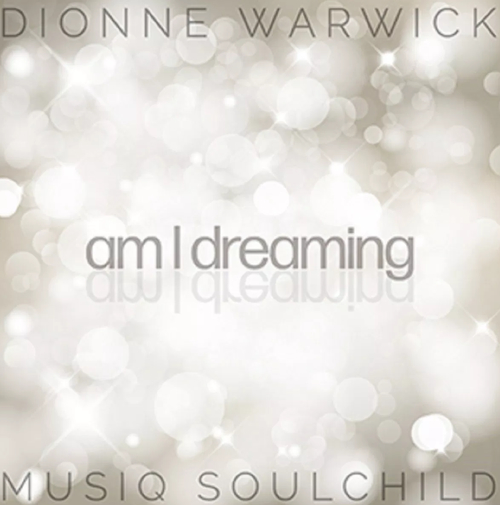 Legendary singer Dionne Warwick enlists fellow legend Musiq Soulchild to join her on her new single “Am I Dreaming”. The song is included on Warwick’s first new album in five years called “She’s Back” which is set to release on May 10th.

The soulful ballad showcases Ms. Warwick’s remarkable vocals. “Am I Dreaming” was originally recorded by Atlantic Starr in 1980,

The new album is releasing via Kind Music/Entertainment One and was produced by her son, Damon Elliott. The first single, released a few weeks ago, was an updated version of the Burt Bacharach/Hal David classic, “What The World Needs Now Is Love”, which Dionne recorded during the 1960s.

In addition to ten tracks of new songs as well of remakes of pop/soul gems, “She’s Back” will be packaged with a bonus disc of Ms. Warwick’s 1998 album, “Dionne Sings Dionne”, which features her greatest hits, remastered for this package. The album also includes duets with Kenny Lattimore (“What Color Is Love”) and Bone Thugs & Harmony’s Krayzie Bone (“Déjà Vu”) .

Additionally, Ms. Warwick has just begun her anticipated concert residency in Las Vegas, NV yesterday, which will go through the end of April.