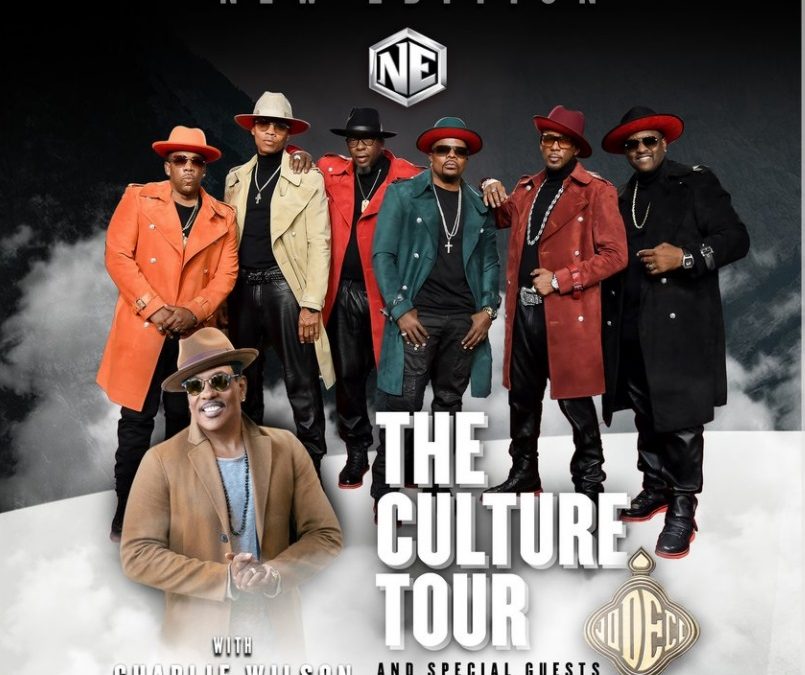 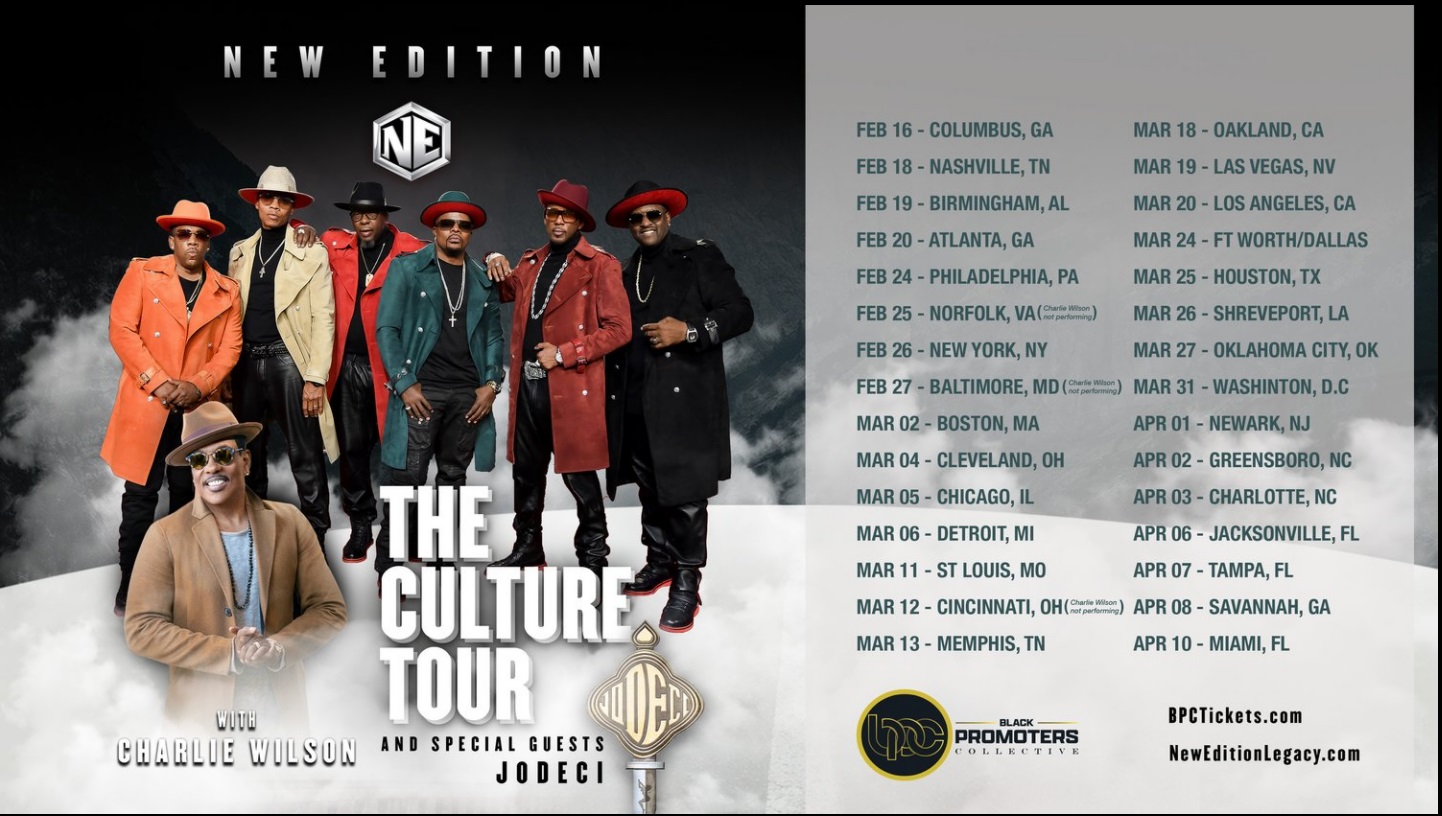 Some of the all time greats in R&B music are coming together for a tour next year in 2022.

Legendary group New Edition have just announced their headlining “The Culture Tour” alongside Charlie Wilson and Jodeci. The news comes shortly after the exciting announcement that Jodeci had reunited as a group and signed a new management deal.

Although Jodeci will be returning to the stage following a lengthy hiatus, they will be joined on the tour by some of the strongest performers in music today. Charlie Wilson has consistently headlined and sold out tours of his own while thrilling crowds with his effortless energy. Despite not releasing new music, New Edition have made a living touring the globe and sharing their timeless legacy with fans.

“The Culture Tour” is set to kick off February 2022 in Georgia, before making 30 stops across the United States and ending in Miami in April 2022. Tickets are available now.