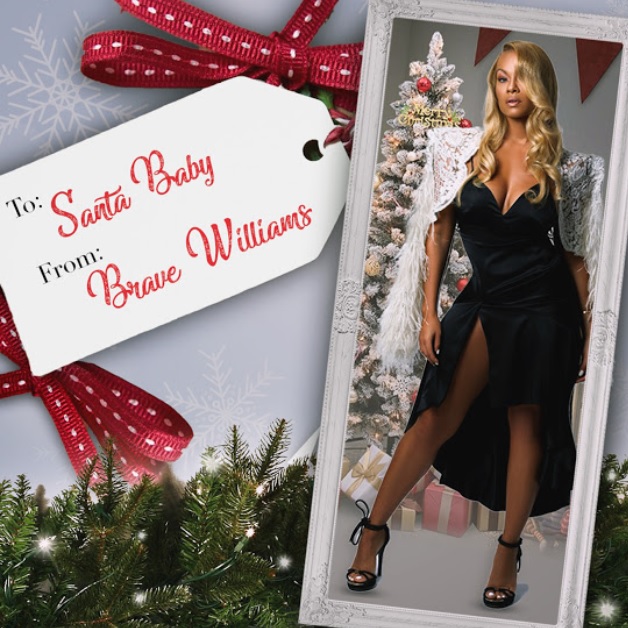 Singer Brave Williams is in the holiday spirit with her beautiful rendition of the timeless classic “Santa Baby”.

She adds about recreating the song:

“I wanted to pay homage to Eartha Kitt. Her voice has always captured me. The first time I heard her sing Santa Baby I was mesmerized by simplicity of how she delivered each line, yet it was so magical. It’s been one of my favorite songs during the holiday.”

Currently, Brave is starring in the BET film “The Christmas Lottery”. She’s also currently working on her self titled debut album which will release soon via A Brave New World/SRG ILS/Universal Group.

Most recently, Brave gave us her latest single “Don’t Tell Me No”.