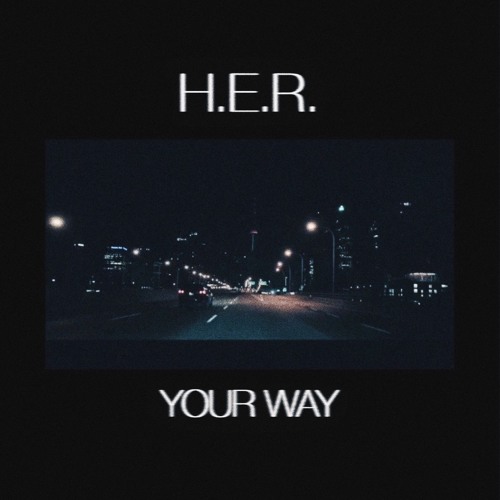 The mysterious H.E.R. is back with a new song. The mellow joint “Your Way” samples Aaliyah’s classic “Come Over”. The production on this song follows the same blueprint that H.E.R. has been using since the release of her debut EP “H.E.R. Volume 1” where she fuses the trendy drums of today with the classic sounds of the 90’s. No word on whether “Your Way” will appear on “Volume 2”.

We did an interview with H.E.R.’s producer DJ Camper recently and he talked about the upcoming project: