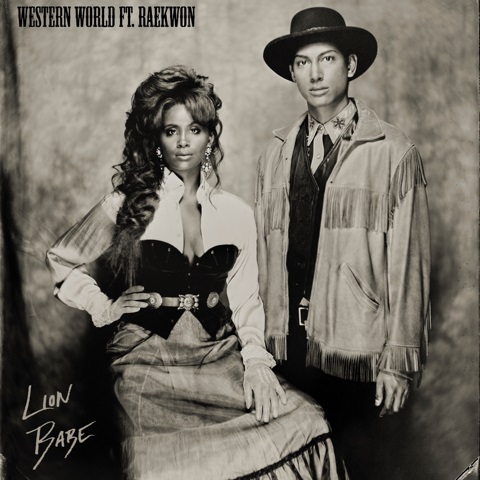 Lion Babe have been on a roll to start out 2019 releasing great music, and that continues with the new song “Western World” featuring rapper Raekwon. The duo made up of Jillian Hervey and Lucas Goodman borrow from the Pet Shop Boys iconic anthem “West End Girls” to create their own unique groove.

The new single is part of the lead up to the group’s highly anticipated sophomore album “Cosmic Wind”. The release comes on the heels of another dynamic song they recently gave us called “Get Into the Party Life”.

“’Western World’ is a New York record inspired by the Pet Shop Boys and their classic hit ‘West End Girls’. It’s about the current climate of our American culture and soul. We’re honoured to have Raekwon help paint this wild picture of the present.”

The new album “Cosmic Wind” is the follow up to the group’s debut project “Begin” and will release on March 29th, 2019.