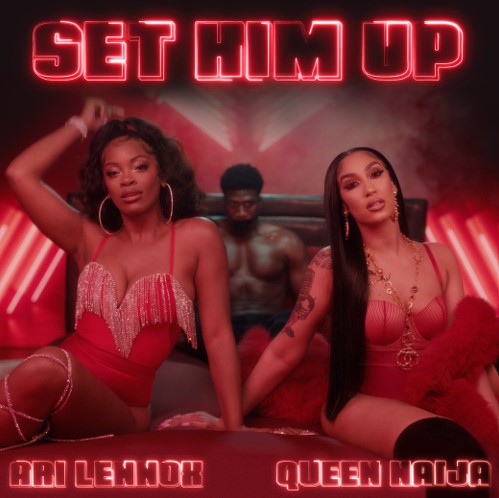 Two of R&B’s brightest young stars Queen Naija and Ari Lennox link up for the new single “Set Him Up”. The new song borrows the concept that R. Kelly and Usher had on their 2007 hit “Same Girl”.

“Set Him Up” will appear on the deluxe version of Queen Naija’s debut project “missunderstood”. The deluxe version will also have two brand new singles produced by legendary producer Troy Taylor.

Ari Lennox is also working on ne music as she was recently spotted in the studio with Jermaine Dupri, Bryan-Michael Cox and Johnta Austin.