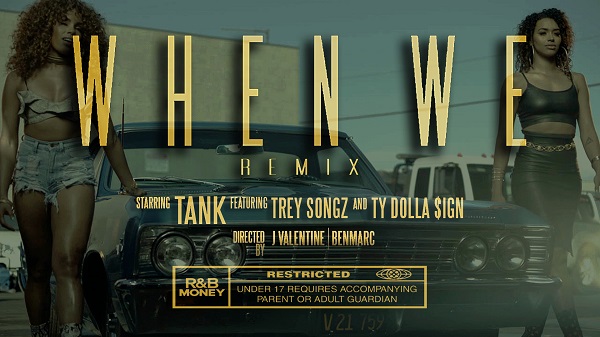 R&b veteran Tank returns with the video for the remix of his hit record “When We”. The bedroom banger was number one on the Urban AC charts for multiple weeks and it has now started to make its way into the Urban charts.

The R&B General has decided to add Trey Songz and Ty Dolla Sign to the record which is a smart move as both of them are staples on the Urban charts.

The singer continues to ride the success of the single, and has been the beneficiary of a resurgence as a result. Recently, we also named Tank in our R&B Power Rankings.